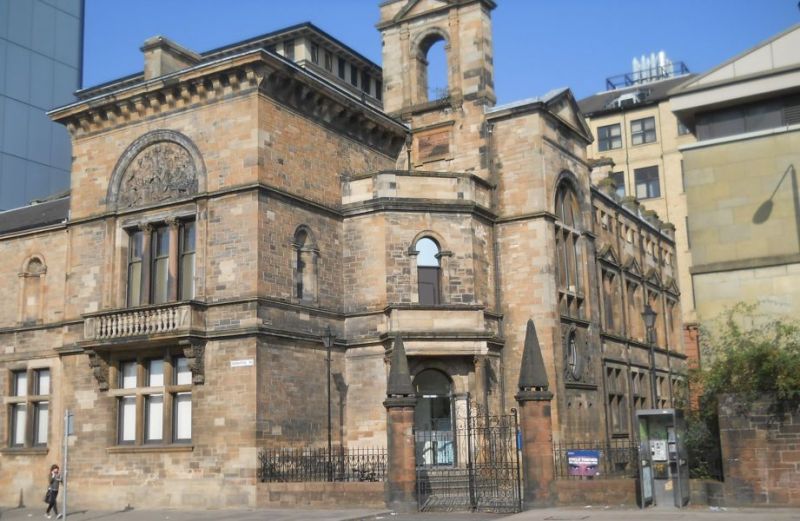 The Anderson's College Building was designed by James Sellars, architect of the main building of the 1888 Glasgow International Exhibition (a temporary structure in the nearby Kelvingrove Park). Sellars died on 9th October 1888 of blood poisoning from a rusty nail piercing his foot on the Exhibition site. Anderson's College Medical School was completed by John Keppie of Honeyman & Keppie, another major Glasgow architectural practice. The building has two important relief sculpture panels by James Pittendreigh MacGillivray, later the King's Sculptor in Ordinary for Scotland.

The building began as two L-plan ranges containing teaching rooms, a library and anatomy and surgery museums. Later additions were constructed within the 'L' to form a near rectangular-plan.