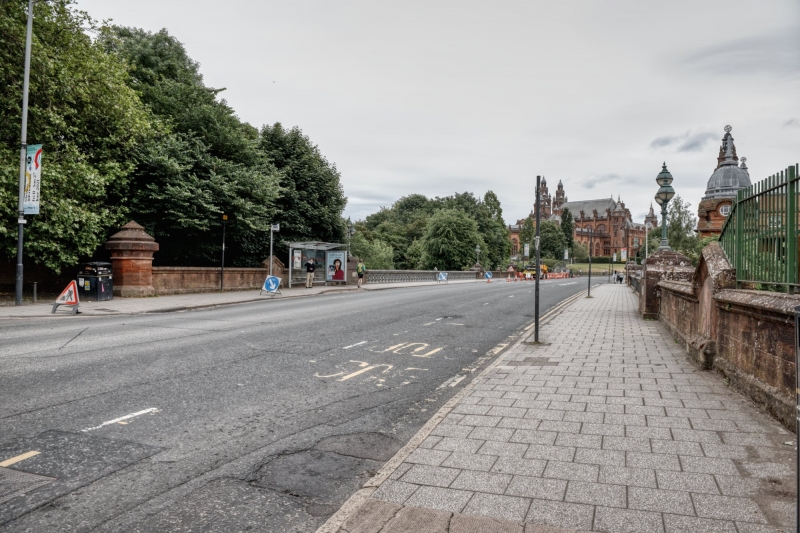 A good example of a cast-iron road bridge with a notable decorative quatrefoil tracery parapet. Bell & Miller were responsible for a number of cast-iron bridges in Glasgow including the Clyde Street Albert Bridge and the Great Western Road Bridge over the River Kelvin (both listed at category A). It forms a significant part of the streetscape in this area.

The adjacent 'Snow Bridge' (see separate listing) carried traffic over the River Kelvin at Partick until this bridge was constructed.

The parallel lattice covered pipeway to the SW is part of the nearby Partick Sewage Pumping Station and carried steam to the Kelvin Hall (see separate listings).