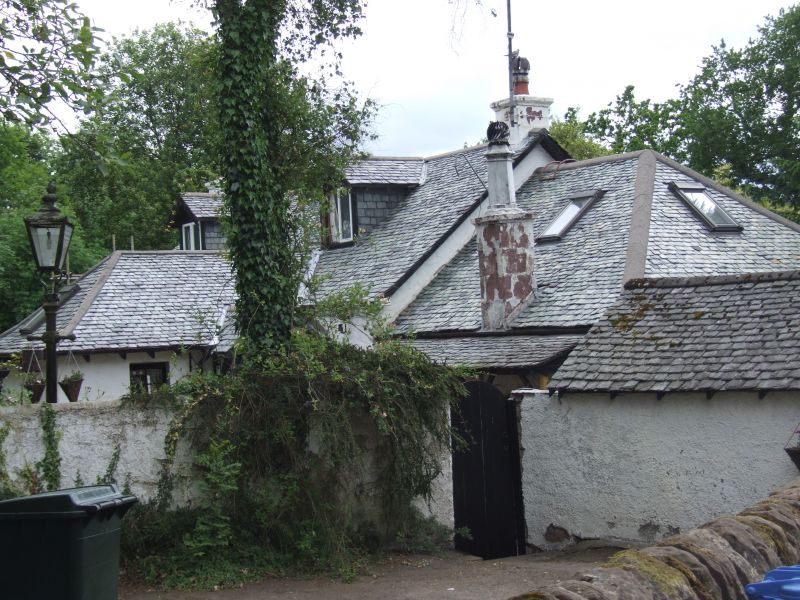 A good example of a traditional type, prominently set on a corner site. Plans show the timber-bracketed canopies, gabled dormerheads and piend-roofed rear addition date from the late 20th century. The early OS map marks the cottage as 'Bridgend' - now the name of the later cottage to the S.