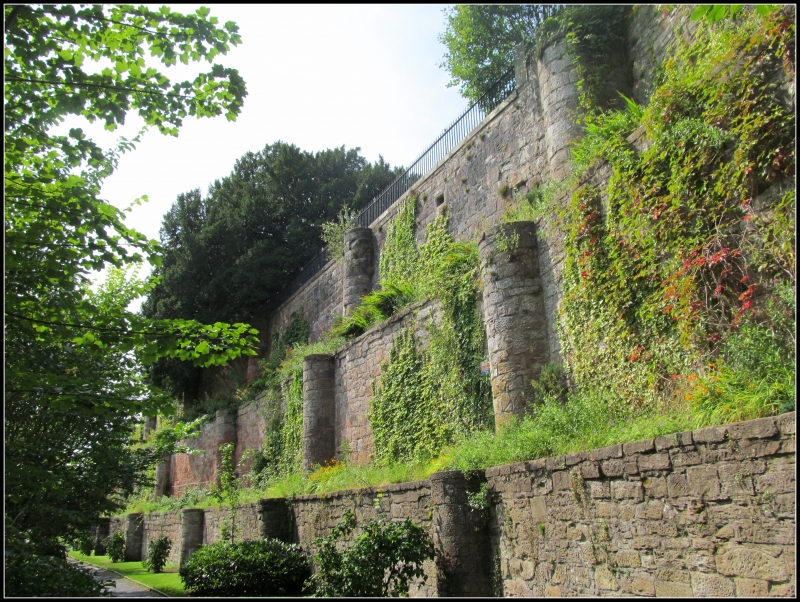 A-Group with East Lodge, Gibbsyard, Ice House, Oswald Hall, Oswald's Temple, Walled Garden, West Lodge and Wilson Hall (see separate listings). The Auchincruive Estate was owned by the Wallace family in the 13th century. There were a variety of owners until the 18th century when James Murray of Broughton sold it to Richard Oswald, entrepreneur and merchant, in 1764. The estate remained in the Oswald family until 1925, when they sold it to a local farmer John M Hannah, who gifted it to the West of Scotland Agricultural College in 1927, under whose ownership it remains (1999). The original formal landscape at Auchincruive dates from the 18th century, however this is now vastly reduced and was remodelled circa 1830. The highly unusual hanging gardens make good use of the steeply sloping sides of the Ayr valley. A narrow walkway runs between the river and the walls of the garden. According to the Inventory (p157) a painting of 1870 shows the gardens planted with orange and red coloured flowers, which is reflected in the current planting.