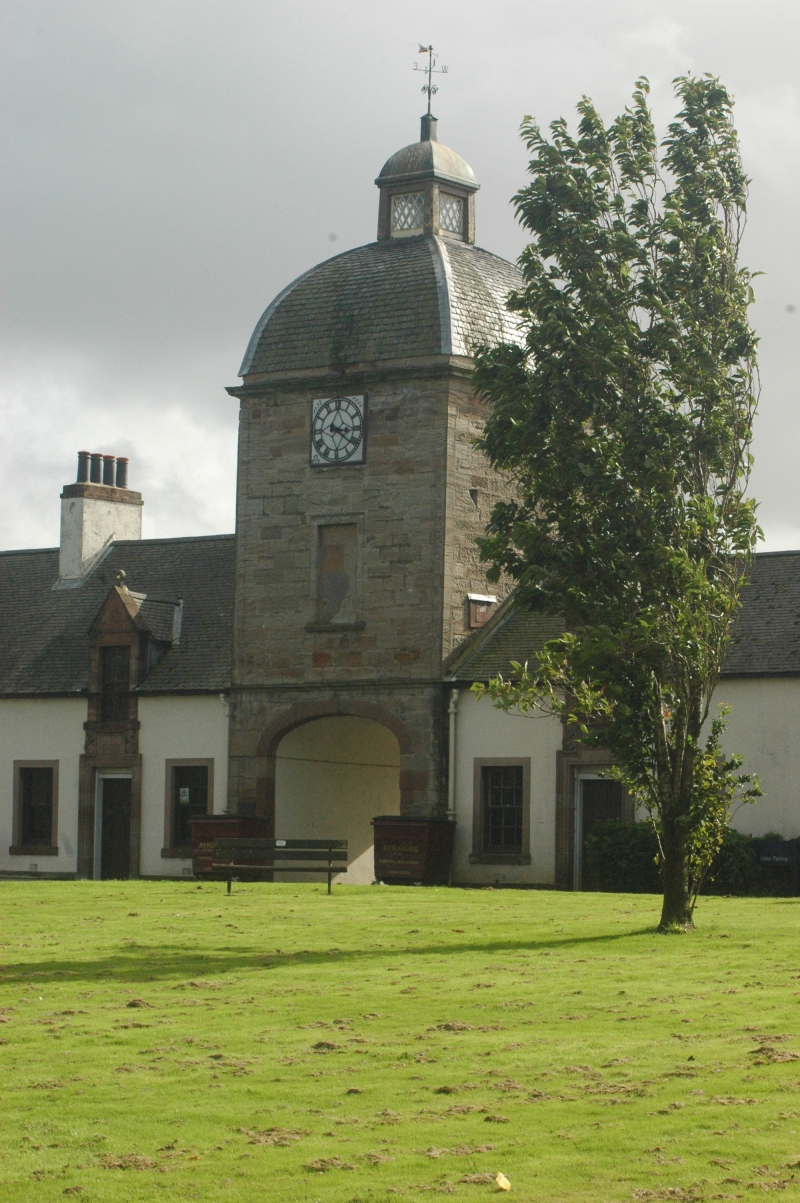 A Group with Gibbsyard, Hanging Garden, Ice House, Oswald Hall, Oswald's Temple, Walled Garden, West Lodge and Wilson Hall (see separate listings). Auchincruive estate was in the hands of the Wallace family in the 13th century and a variety of owners followed. In the 18th century James Murray of Broughton sold it to Richard Oswald, entrepreneur and merchant. Around 1764 Robert Adam was commissioned to build a new house and associated buildings for Oswald. The estate remained in the Oswald family until 1925 when it was sold to John M Hannah, a local farmer. Hannah gifted it to the West of Scotland Agricultural College in 1927, under whose ownership it remains today (2004). The Dairy School, adjacent Dairy Research Department and the Apiary were all designed by Alex Mair in restrained classical mode. The Dairy School processed milk from the herd of Ayrshire cows into cheese and the building contained laboratories, testing, processing and lecture rooms. The Dairy School is still largely in use as such though modern machinery has replaced most of the originals.