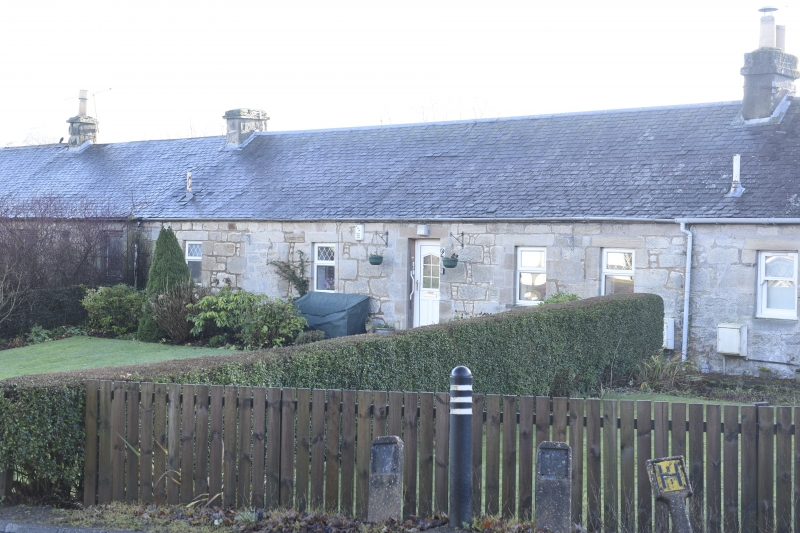 General Stuart of Torrance built these cottages to house workers from his cotton mill. In 1792, General Stuart of Torrance moved his cotton mill from Cotton Square to Newhouse to utilise the waterpower of the Calder Water. The lands at Newhouse were part of the Torrance estate and in the 1740s a manse had been erected for the minister of the Parish Church. However, the house was vacated in 1790, a factor which probably further encouraged the General to move his mill to the site. Along with a mill and workers' cottages, General Stuart may also have been responsible for the erection of Newhousemill Bridge. The mill is clearly marked on the 1st edition OS Map, but has since been cleared away for modern housing.