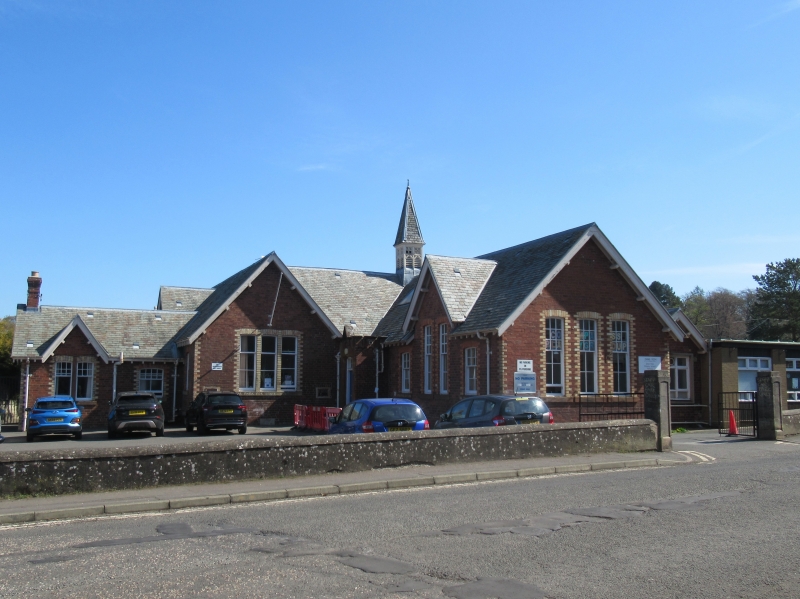 An early Board School, built as a consequence of the 1872 Education Act. The 2nd edition OS map shows the building, which was originally a single classroom and schoolroom, without the wing to SW. The school was extended on at least 3 occasions between 1880 and 1914, eventually comprising hall, 6 classrooms, head teacher's and staff rooms, united by consistency of style and detailing. The building forms an important part of the streetscape of Balerno Village, with the spired bell-cote the focal point of the view north from the village Main Street. The well detailed adjoining School Master's house, also by Wardrop and Reid, is separately listed.