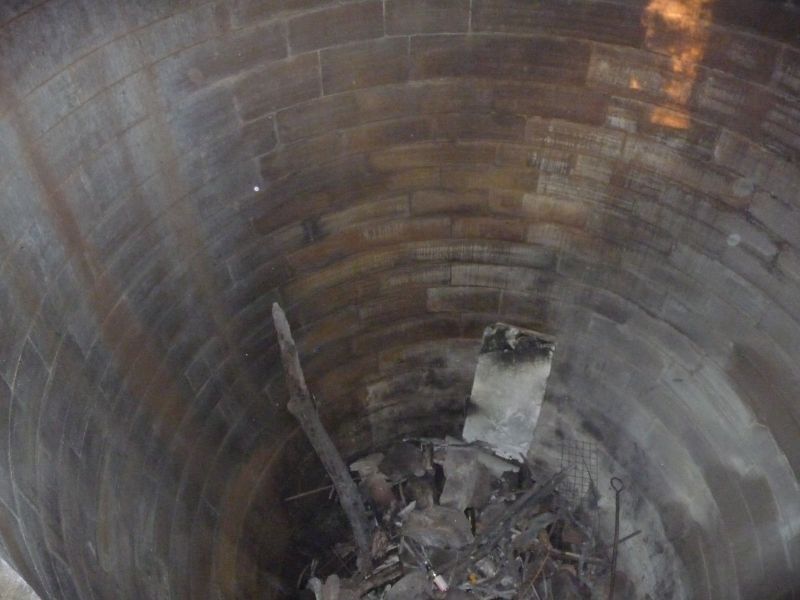 This is a good quality ice house, situated within the policies of Ballochmyle House (see separate listing), close to the site of a previous walled garden and to the South West of the House. Ice houses were most often made of rubble masonry, sometimes lined with brick, so the use here of tooled ashlar marks it out as above the norm. Ballochmyle House was built c. 1760 to designs by John Adam and it is possible that the ice house also dates from this period. Hew Montgomerie Wardrop extensively enlarged the house in 1887, but by this time ice houses had mostly gone out of fashion, supplanted by more portable means of cooling. The ice house would have been, in its day, an integral part of the estate of Ballochmyle.

The ice house would originally have had doors at both ends of the tunnel but these have now gone (2006). Ice houses were important features in 18th and 19th century country estates for the preservation of foodstuffs, the chilling of wine and the making of chilled desserts. The were usually covered with vegetation as this increased the insulation and both this and their subterranean position meant that ice collected in the winter would last for the following year.