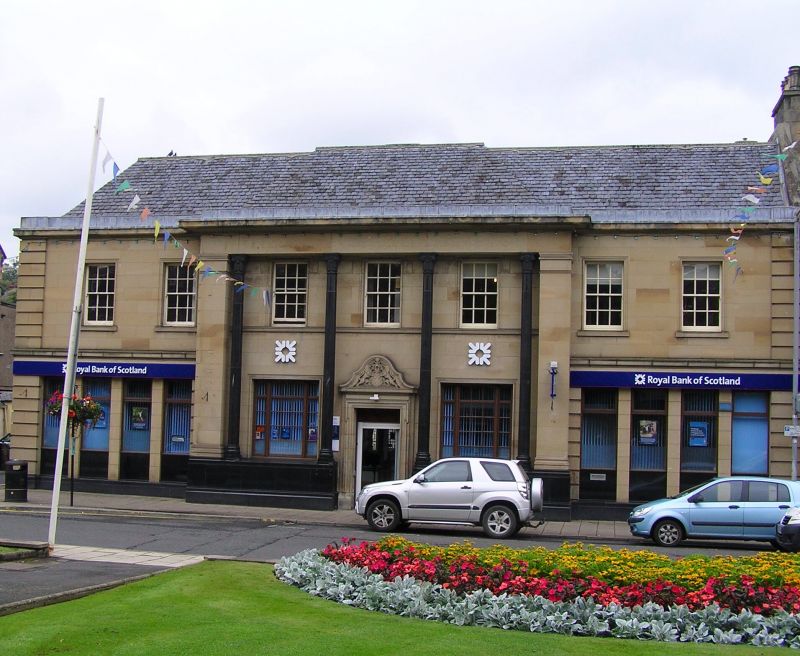 The Royal Bank of Scotland building is a fine example of an inter-war civic burgh bank building with a prominent street façade and fine classical detailing. The bank's imposing facade is the largest building on the street, sitting at a commanding central corner site overlooking the communal Bank Street gardens. It was originally built as the National Bank of Scotland to replace National Bank Building on the same site that opened in 1825, and is still in use as a bank today. Bank Street was formerly known as Scott's Place but renamed by association with the bank.

The building was designed by Dick Peddie, Todd and Jamieson shortly before the Second World War broke out, construction did not therefore begin until 1946 by which time J R McKay was in charge of the project. Dick Peddie, Todd and Jamieson was a prominent Scottish practice known nationally for producing high quality banks and business premises, many of which are listed. Construction may have been carried out in phases; a photograph in 1955 shows the completed bank with a flat roof but the current roof structure was in evidence by c.1960.