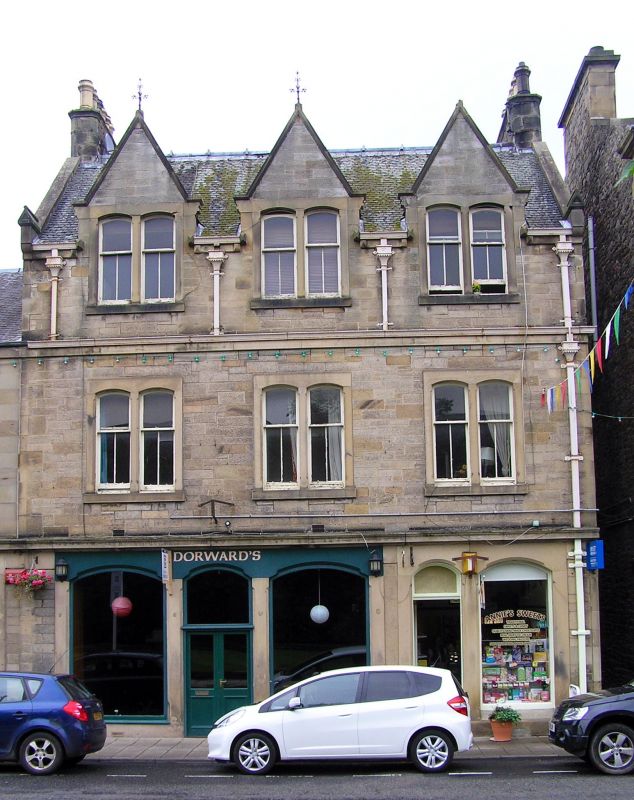 37 and 38 Bank Street is a good quality commercial building executed in fine stonework with good decorative detailing, such as the complex design of the rainwater goods. It forms an important group with neighbouring buildings, most of which are also listed.

The building was designed as the showrooms for Thomas Goodsir and Sons, house furnishers, who also had their warehouse showrooms at 77 Albert Place. The accommodation above has high quality detailing for rooms above a shop possibly because it was built for the prominent house furnishers of the town.