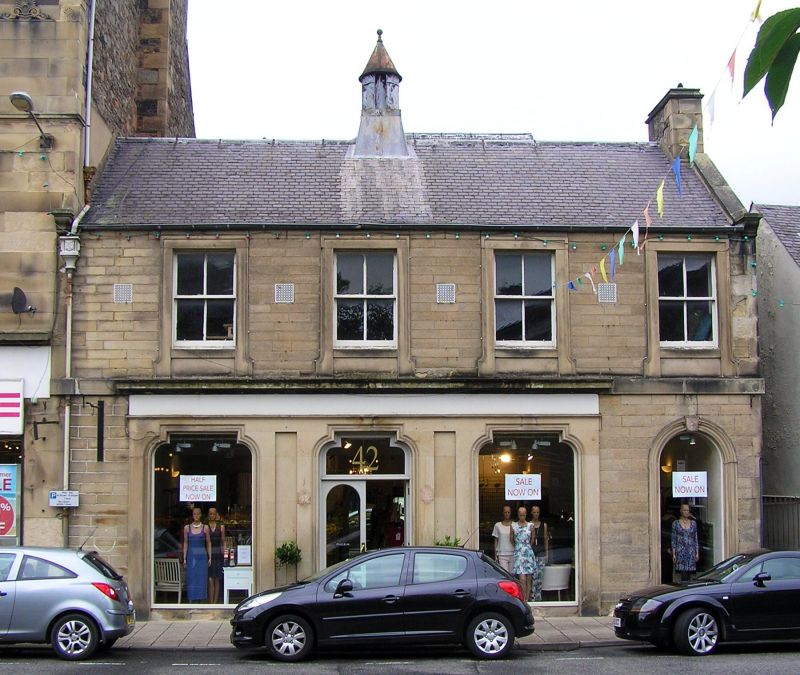 42 Bank Street is a well-detailed public building in a refined but restrained classical style. It was purpose built as the former Liberal Men's Club which remained a well-used and well-loved community resource into the middle of the 20th century. The building contributes considerably to the streetscape.

The 1st floor was used as snooker halls for the working men of the town, whilst a small 2nd floor room housed public baths available for use by members who did not have bathing facilities in their own home. A separate door to the right was previously used for the accommodation to the upper floors but is now altered to form a window; the space is incorporated into the general shop floor area.

Originally L-plan with garden ground to the rear, the late 19th century property took up half the distance to Overhaugh Street, subsequent later 20th century additions have created a large building which now fills the site between Bank Street and Overhaugh Street to the rear.