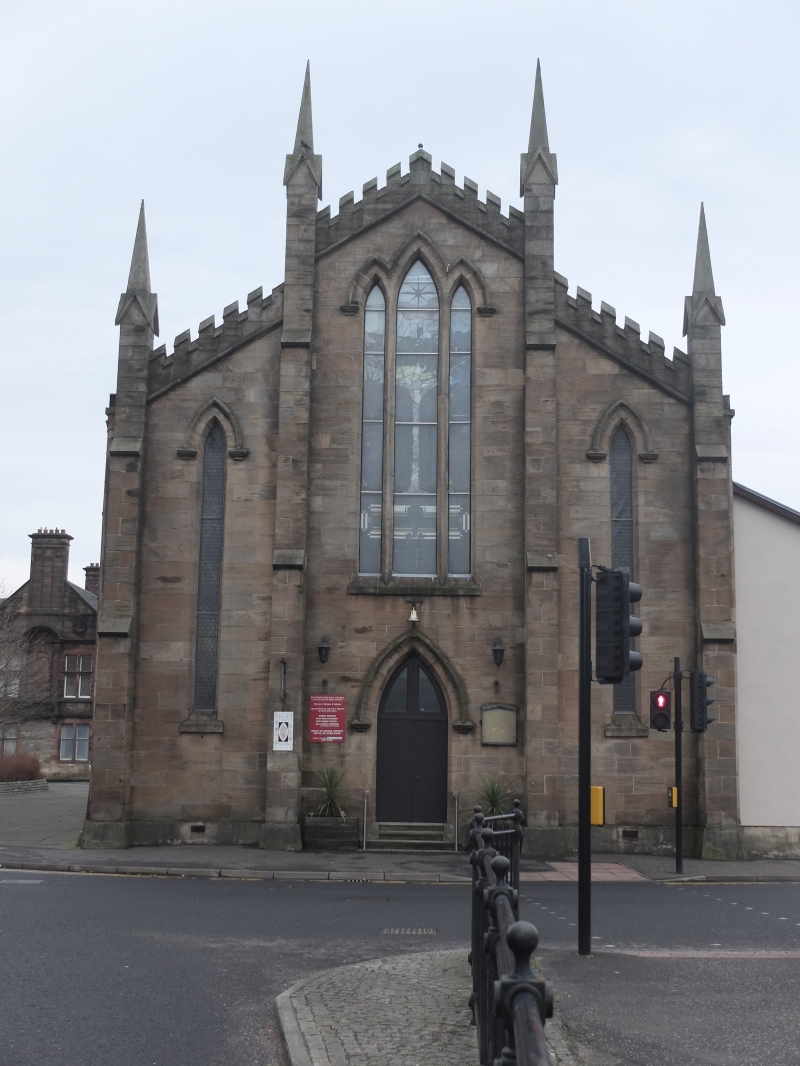 Holy Trinity and St Barnabas Episcopal Church was built in 1833 and has an 1884 chancel. It is amongst the first Episcopal churches built in Scotland following the repeal of penal laws against the church in 1795 and is a notable example of neo-Gothic architecture for its date in Paisley. The 1833 phase is rare in its survival as many early 19th century Episcopal churches were replaced during the second half of the 19th century as the liturgical practice began to be influenced by the Oxford Movement. Unusually the building combines the early 19th century neo-Gothic style with elaborate Gothic detailing of the late 19th century and vividly illustrates the change in liturgical practice in the Scottish Episcopal Church during the course of the 19th century. The church is situated in a very prominent position in Paisley, at the head of St James Street and adds interest to the streetscape.

The congregation which founded the Trinity Chapel began in 1817 and originally met in a school room in the town. It was the first Episcopal congregation to be established in the Glasgow Diocese after penal laws against the church were repealed in 1795. As the congregation grew in numbers it wished to build a new chapel and Trinity Chapel was opened to public worship on 19 May 1833 and consecrated on 25 September 1833. Internally, the organ and choir were located in the gallery, there were box pews, a pulpit and a simple altar at the east end.

During the second half of the 19th century, the liturgical practises in the Scottish Episcopal Church began to be influenced by the Oxford Movement, which emphasised more ritual within the worship and using more elaborate buildings and vestments. Holy Trinity was not immune to these changes and in 1884 a chancel was added to the east end of the church by the Glasgow architect David Thomson. This is also in a gothic style, but internally is very different to the earlier section. The elaborately carved marble reredos is of particular note and the Minton tiles on the walls around the altar are unusual. The choir was moved from the gallery to the chancel and a pipe organ was installed to replace the simple harmonium..

Other Episcopal congregations were formed in Paisley during the later 19th and 20th centuries. However, congregational numbers fluctuated and in 2004 two congregations joined to form the current Holy Trinity and St Barnabas Church.

James Drummond (1801-circa 1870) was a Paisley architect and Holy Trinity is one of three churches he is known to have designed, including one in Paisley for the United Presbyterian congregation at Abbey Close (now demolished).

David Thomson (1831-1910) was a prolific Glasgow architect whose work included churches, schools and houses, such as St Andrews Church in Ardrossan and a United Presbyterian church at Wishaw (see separate listings).

A series of church halls and offices were added to the south elevation of the Holy Trinity around 2012 and these are not considered of special architectural or historic interest at the time listing (2015).