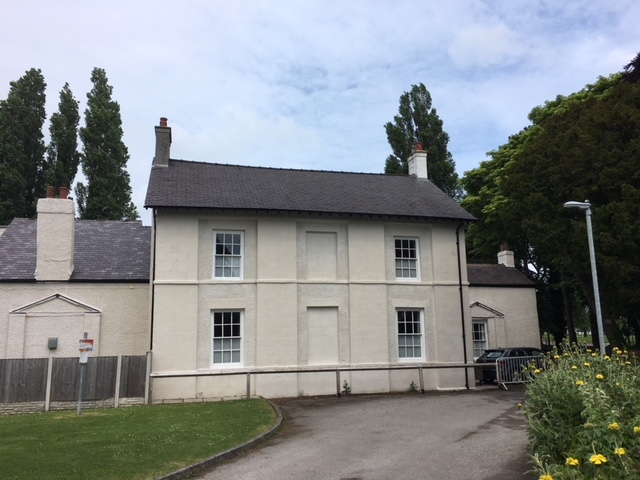 Location: Facing south and reached off the main road west of the common.

Built 1801 by Jonathan Catherall (1761-1833) an industrialist and philanthropist and a leading local non-conformist. The house was named after Lord Hawkesbury who introduced a bill into Parliment that Dissenters could register a room in their premises for worship. Catherall rode up to London immediately on horseback and registered his room as a place of Dissenting Worship, so it is one of the earliest Dissenters meeting places in North Wales. In 1811 he added a chapel.

Inaccessible at time of inspection (March 1997). Retains some internal features including some sash windows with shutters; also evidence of original hipped roof.

Listed for its early C19 origins and important historic associations with Jonathan Catherall.