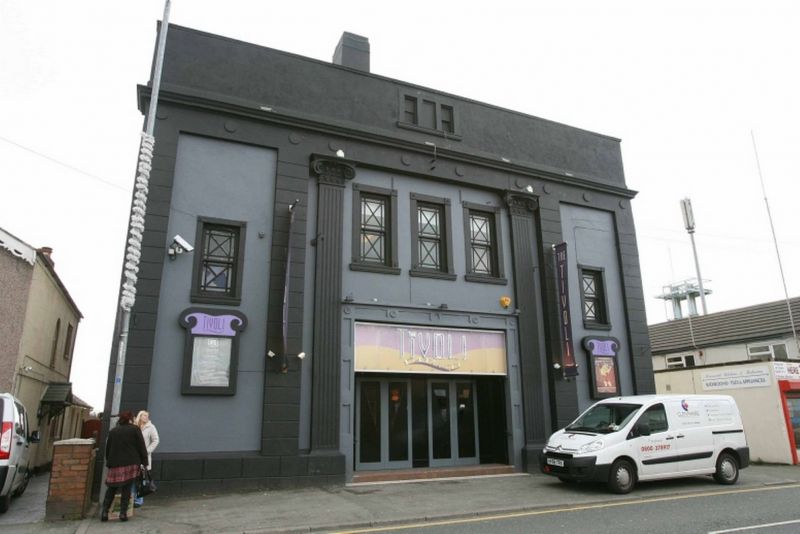 Location: Situated close to the centre of Buckley, approximately 300m east of the crossroads between the A 549 and the B 5127.

Built in 1920's, possibly as a Miner's Institute for use as a cinema/theatre and hall. Converted into a club in late C20.

Classical style cinema or miner's institute-type frontage of painted stone articulated by channel rusticated pilasters below a frieze with paterae. The broader central bay is distinctive for its giant order Ionic fluted pilasters flanking the central three windows over the main entrance. All windows are horned sashes with latticed, margin glazing and broad architraves. Lower similar windows to the narrower outer bays, probably to staircases. The surround to the central entrance has similar paterae to that of the frieze; now with modern shutter. At the top is a high parapet with three small windows to centre; sheet steel roof over asbestos cladding supported by light trusses. Brick side elevations with a dentil eaves cornice. Fly-tower to rear indicating this building's former theatre use.

Interior was not accessible at the time of the resurvey but it is said to retain foyer detailing and original ceiling and wall decoration although much concealed; seating removed.

Listed for its special interest as a rare surviving example of an inter-war cinema or miner's institute of distinctive design.