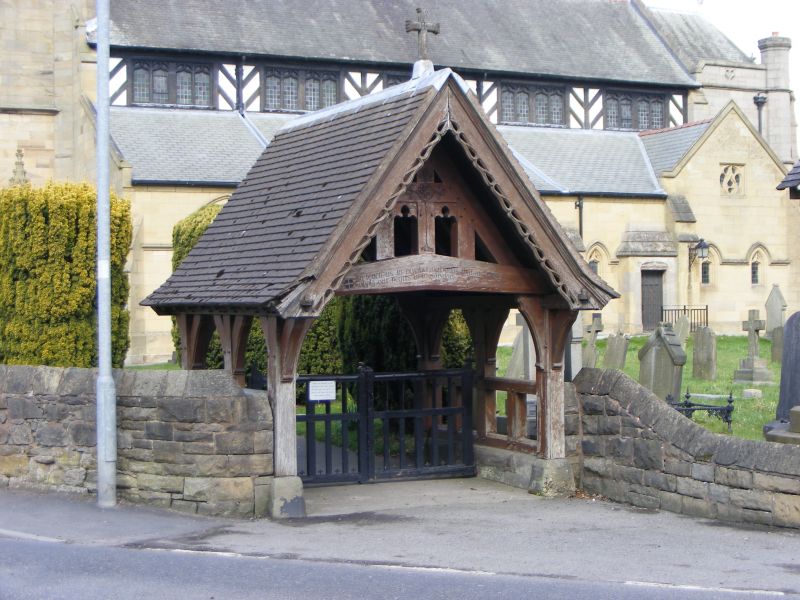 Location: Situated at the entrance to a churchyard on the E side of Church Road in the NE part of Buckley.

Designed by Douglas & Minshull and erected in 1902. The roof was originally slated and this was replaced with tiles late C20.

Timber-framed with tile roof. Open lych gate of traditional design, it is gabled with fretted bargeboards, a crucifix finial and cusped open arcading in the gable.