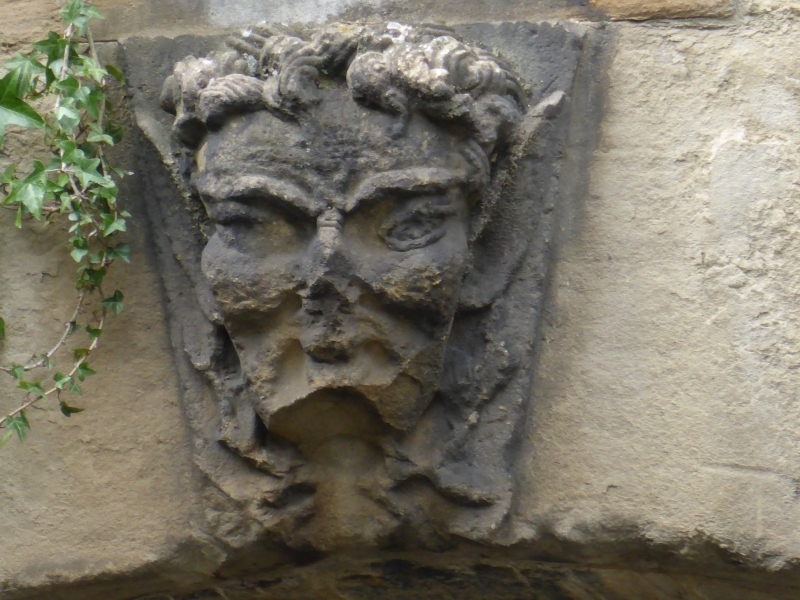 Location: Built above a minor road between Rhewl Mostyn and Tre-Mostyn to the S of Mostyn Hall at the end of a long drive, now a footpath, from Pennsylvania Lodge in Whitford.

Mostyn Hall is a large country house, the seat of the Mostyn family and its antecedents since the C15. The house, mainly of the C16 and C17, was extensively remodelled by Ambrose Poynter, architect, in 1846-7, subsequent to which a series of lodges and gates were added at the various entrances to the park. Drybridge Lodge was built in 1849 by Ambrose Poynter, one of 3 lodges built in a similar style, the others being Pennsylvania Lodge and Top-y-Coed Lodge. All 3 lodges were built within an S extension of Mostyn Park made in the early C19 by acquiring land previously belonging to the Bychton Estate. Drybridge Lodge is shown on the 1849 Tithe map.

A bridge superimposed by a castellated lodge of 2 storeys and 3 bays, of ashlar and hipped slate roof, with stacks to the R and L which both have a pair of diagonal shafts. The embattled parapet is on a cornice with arcaded frieze. The symmetrical 3-bay front faces S to the drive. It is articulated by shallow pilasterss above which the battlements are stepped. The central bay has a wide and high 4-centred arch with hood mould and double cast iron gates, which have spear finials and quatrefoils to the base and lock rails. The mullioned windows have hood moulds. The outer bays have, in the lower storey, 3-light transomed windows incorporating small-pane casements and sashes. In the upper storey are 3-light windows incorporating small-pane casements. A string course between storeys is carried across the buttresses but not the central bay. The central passage has a rendered 2-bay quadripartite vault. In its walls are 2 Tudor-headed doorways on each side. Those set to the front are blind, while to the rear they have boarded doors with iron studs.

The 2-bay side walls are built above a road, with an integral tunnel. Windows are Tudor-headed with hood moulds and incorporate small-pane glazing with Gothic glazing bars. On each side the lower storey has a sill band and a string course is between storeys. On the W side is a sash window upper R, the others having top-hung casements below fixed lights. On the E side are sash windows to the L and top-hung casements below fixed lights to the R.

The tunnel has a horseshoe arch to ashlar portals. In each arch is a keystone with a grotesque head in relief. The portals have concave flanking walls that terminate with shallow square piers.

Listed grade II* as an especially fine castellated lodge in a memorable setting above the road, and one of a fine series of C19 lodges and gates forming the architectural setting of Mostyn Park.