A Grade I Listed Building in Pwllheli, Gwynedd 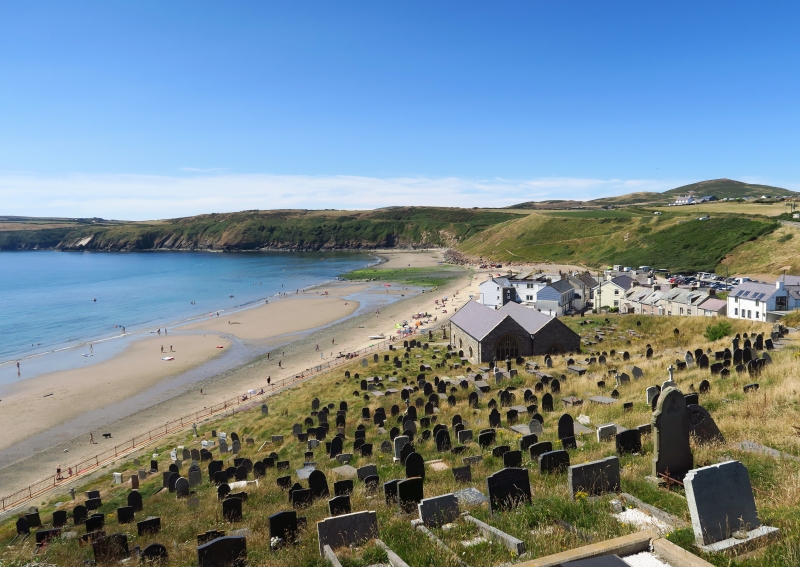 Location: Situated in Aberdaron village, the graveyard running to the cliff edge.

Anglican parish church. Nave possibly originally C12, lengthened in C14 and probably raised to match new S aisle in late C15 or early C16. A Celtic clas church founded by St Hywyn in the C5 to C7, it was probably rebuilt by Gryffydd ap Cynan of Gwynedd in the early C12. First recorded in 1115, it was still a clas church served by secular canons in 1252, but the collegiate status disappeared c1500, and at the Reformation the church was subordinate to the Abbey of Bardsey. A long period of decline and non-resident vicars led to decay and in 1841 a new church being built inland. The old one was saved as part of the S aisle had been a school from 1835, and by 1848 its restoration was already proposed, to plans by Henry Kennedy, but completed only in 1868. Further restoration was done in 1906 by John Williams of Bangor. The tracery of the two big E windows appears mostly renewed, the 1849 engraving in Archaeologia Cambrensis, shows the northern one entirely blocked.

Listed grade I as a medieval church with fine W door and arcade, one of the major churches of the Lleyn.