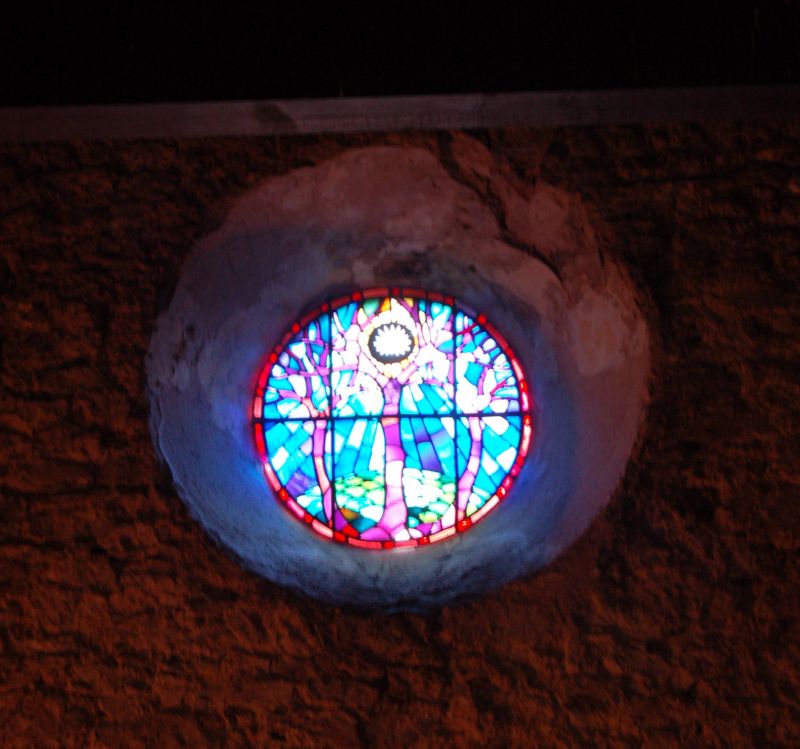 Medieval church restored in 1838, 1900 and 1925 according to inscriptions in the porch. The plan of short nave and short chancel suggests a C12 or early C13 date. The Rev W D Bushell thought the chancel E and S walls were rebuilt in 1838, and also the roofs. He restored the church again in 1900, and works were done in 1906 prior to the arrival of the Anglican Benedictine monks. A survey drawing of the inner W door by J Coates Carter may indicate that the work in 1925 was by him. This work may include the 2 2-light S windows, exposing the round arch of the original W door, raising the W porch to allow for this, and reroofing in clay tiles. The work in 1906 was probably by J C Hawes, who as Brother Jerome was one of the monks. Old photographs show the S windows to have been pointed with 2-light Y-tracery in timber. Old photographs show a thin metal screen in the chancel arch, an organ, a painted rood on plaster above, and an altar with hangings in chancel.