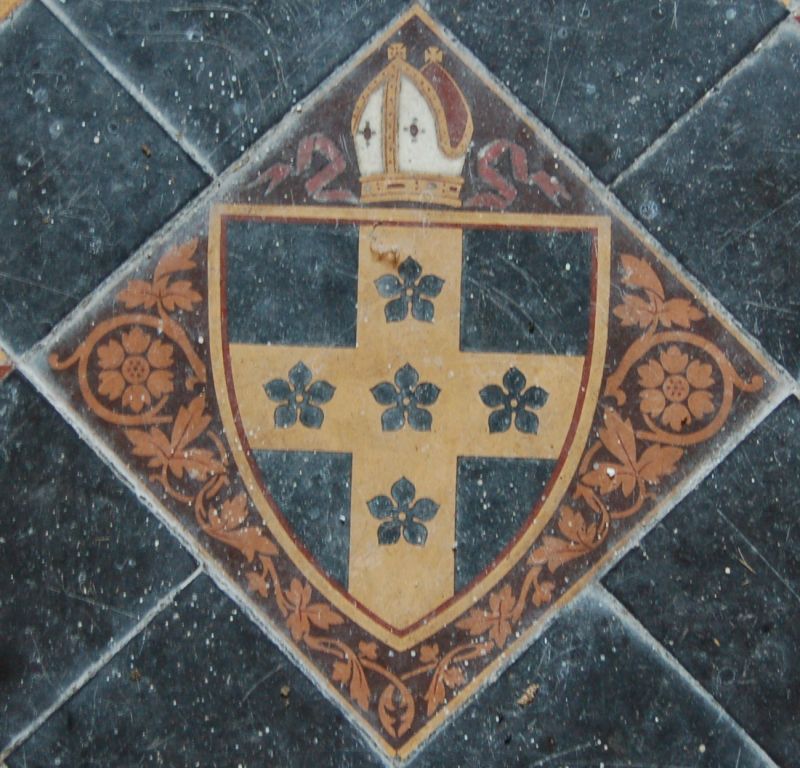 Location: In Village of Hodgeston, E of Lamphey

A 'free chapel' in the Middle Ages, of no recorded dedication; described in Valor Ecclesiasticus as without lands or house.

Probably C13 vaulted nave with a C14 chancel. Small porch at S. The chancel was probably rebuilt by Bishop Gower in the early C14. Originally there was a bellcote at the end of the nave roof. Later W tower on the axis of the nave. By the early C19 Hodgeston Church, like many others, was in extreme disrepair. In 1851 the Tenby meeting of the Cambrian Archaeological Association, led by Lord Cawdor and Prof. Freeman, selected it and resolved to undertake its restoration. David Brandon, architect. The windows date from this time but many important original internal architectural features were preserved.

Local limestone. Random rubble in nave, better masonry in chancel and tower. Slight batter at the base of the nave and tower walls. The masonry of the tower has unfortunately been 'ribbon-pointed'. The chancel masonry is regularly coursed and there is a C14 string course at sill level. Slate roof with verge parapets. The chancel roof is higher than that of the nave. Pointed doorway to porch at S. Blocked pointed doorway in N wall of nave.

The tower is unusually slender and is of four storeys, the lowest two being vaulted. Its stair turret is at the centre of the N face. Parapet on corbels. The bell-chamber has double windows to the E and W with circular heads, and a C19 double window with a square hood at ground storey above the remains of an earlier narrow W window.

Chancel approx. 9 m by 5 m, rather large in proportion to the rest of the church. An original internal C14 cornice ornamented with ballflowers survives, at high level. Against the S wall is a continuous bench from the sanctuary steps to the chancel wall. Also C14 double piscina and three sedilia, in similar style with ogee trefoil arched heads, profuse use of ballflower ornament, crockets and leaf finials. The columns between sedilia are octagonal. In the corner adjacent to the chancel arch are the stairs of a lost rood. String course at sill level. C19 encaustic floor tiles. The timber roof was constructed in the C19 restorations. The corbels supporting its trusses on both sides are decorated with faces, presumably portraits of the leading persons in the restoration work.

Plain chancel arch of two chamfered orders, C19. Nave approx. 12 m by 5 m, with plain pointed vault. Corbels at N and S close to chancel arch. Stoup recess beside the S door. Norman font of cushion type with four elongated lobes on each face and two incised crosses. The font stands on a short pillar on a conical base, without mouldings.

Ground storey of the tower used as a vestry. Bell-rope holes in the vault above.

Listed Group II* as a mediaeval free chapel including an important C14 chancel with Decorated period sedilia and piscina. Additional importance as the C19 restoration of this church was intended to be a model for future church restorations.