No 1, the Terrace (Formerly Listed Together with the Commodore Club),,,,,dyfed, 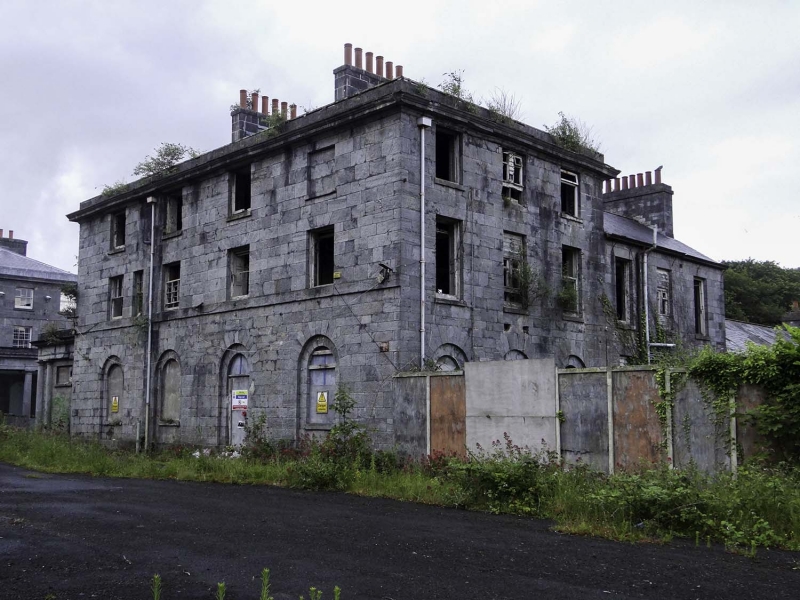 Entry Name: No 1, the Terrace (Formerly Listed Together with the Commodore Club),,,,,dyfed,

Location: Situated to east of Dockyard gates and abutting the E entrance lodge.

1818 house designed by Edward Holl for the Fleet Surgeon with accommodation for police at W end.

1818 plan of basement storey calls this the residence of the Master Warden (the officer in charge of security), and has prison in W end; but 1858 plan shows Fleet Surgeon and Sub-Inspector of Police. The house is marked as built on 1820 dockyard plan.

This house appears to be one of the two (with Nos 2-3, adjoining) built with extensive use of iron in the construction, including iron floor beams and trimmers, iron roof trusses and battens, but further investigation is needed. They may be the earliest houses in Wales built with structural ironwork.

Grade II* as part of an important late Georgian formal group at the Dockyard. Condition of this property is deteriorating.