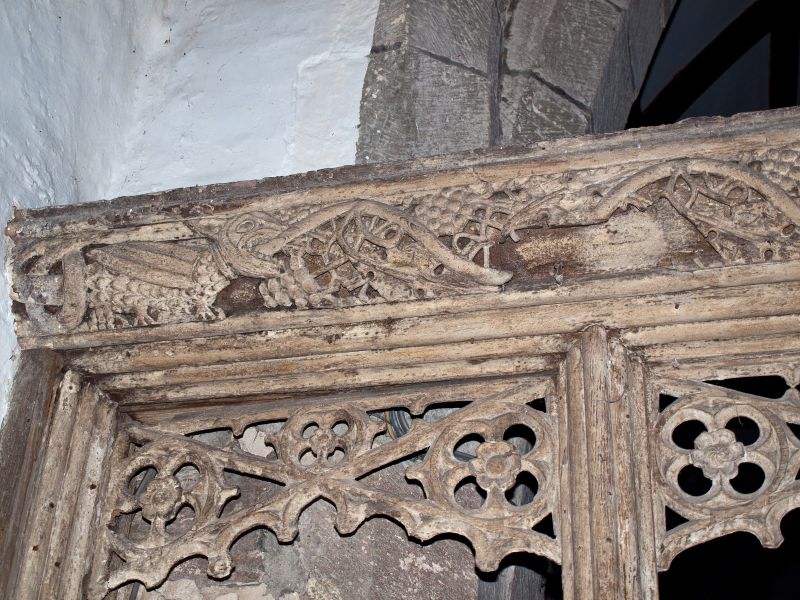 Location: In the churchyard in the centre of Llandefalle some 900m W of the A470.

Anglican parish church, mostly late C15, and of larger than usual scale, with broad high nave and S arcade. There may have been a Celtic church on the site dedicated to St Maelog. The present church was begun c1300. The font may be C12, S doorway c1300 and there is a C14 door and window in the nave N wall. The big tower may be C14, with two short upper stages, possibly rebuilt c.1661 (bells dated 1665). There are two late C17 three-light S chancel windows. The fine C15 screen, like those at Partrishow and Langynyw is missing the rood loft. A plaque records restorations in 1905 and 1933, probably by W. D. Caroe. The 1905 restoration removed a plaster wall that divided off a schoolroom at the W end.

Graded I as a very large late medieval church with earlier origins, retaining original roofs, screen and other features.