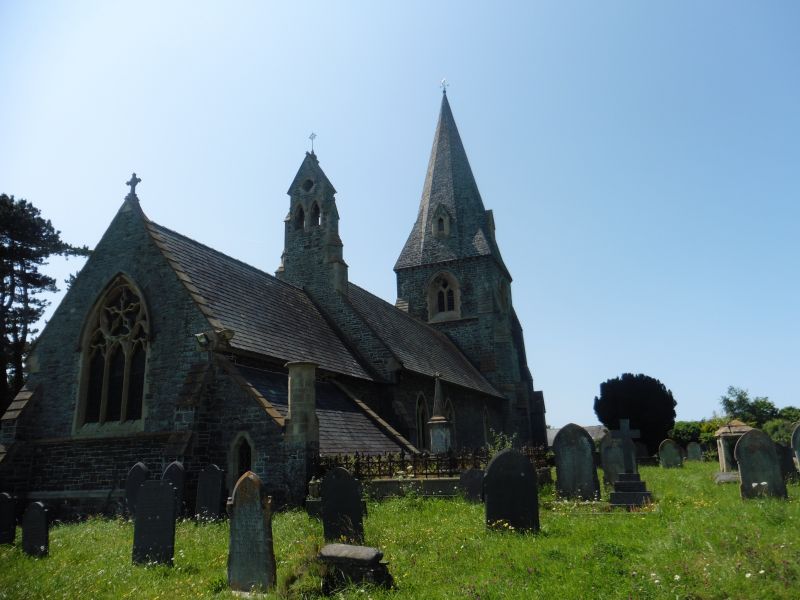 Location: Sited in large churchyard at the foot of Church Street in Llanrhystyd

Medieval parish church almost entirely rebuilt 1852-4 by R.K. Penson for £2,367, Thomas Roberts, Llansteffan, builder. Only the W tower is medieval, but much encased, raised and with added spire. The previous church had a most unusual 2-bell Sanctus bellcote.

One of the most elaborate Victorian churches in Cardiganshire retaining a medieval tower, remade in C19 with the only stone spire in the county.