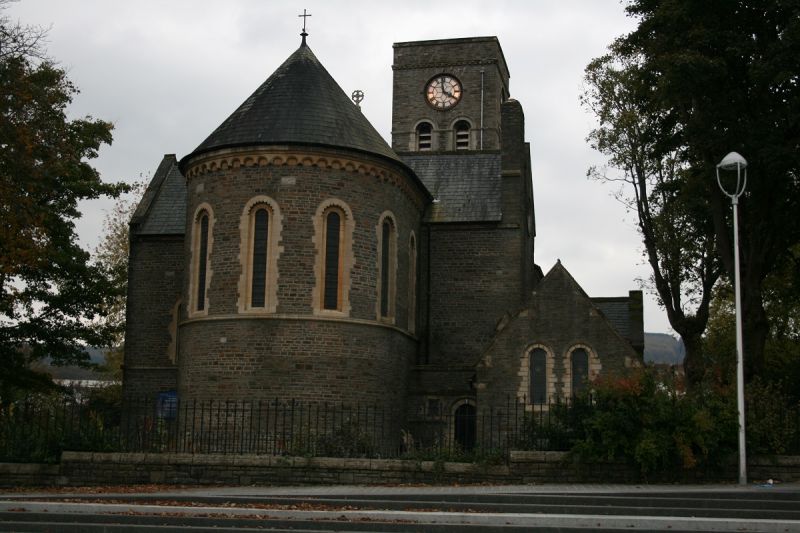 Location: Situated in an enclosed churchyard at S end of High Street close to roundabout on A470 road.

On the site of the martyrdom of St Tydfil in fifth century AD. Entire church rebuilt 1895-1901 to designs by J L Pearson, architect of London; C18 lower storeys of tower retained. Church closed for worship 1968.

Furnishings include a medieval octagonal font (under tower); Pearson’s round, panelled pulpit; pelican lectern; good neo-classical wall monuments (from earlier church). Pair of Early Christian carved stones against N wall, one being the famous ring-cross, incised pillar stone of ARTBEU; the other the ANNICIUS stone.