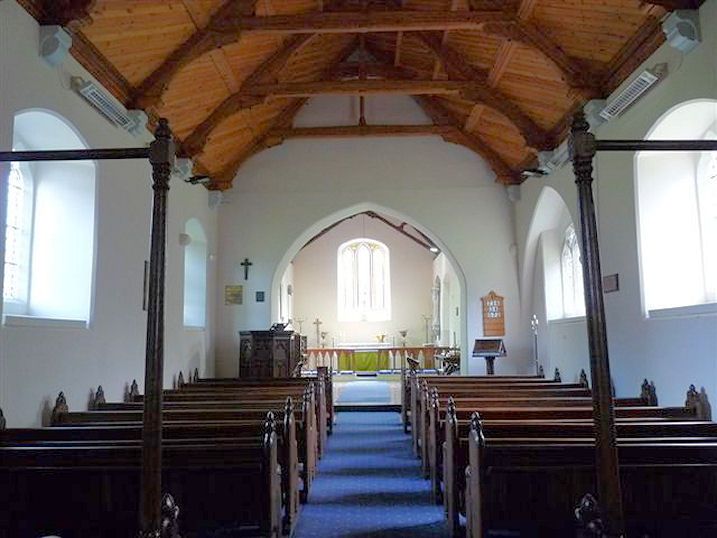 Location: Situated in churchyard in centre of Camrose village.

Anglican parish church with late medieval W tower and nave and chancel possibly C15 also, much restored in 1878 and 1884 by J P Seddon who renewed all the roofs. The church was seriously damaged by fire in 2000, and at time of listing was inaccessible. Plans by Seddon for the restoration are in the possession of the church, mostly for executed work but also for a porch and a chancel screen, not done.

Vaulted base to tower. The fire in 2000 damaged the nave roof of 1884, which had pitch-pine arch-braced trusses, the braces in two tiers, and with king-posts. but this is to be restored. C12 font, square with scalloped underside and round shaft. Said to have a piscina with ogee head possibly C14 in the chancel, short stone benches and traces of a rood stair cut out of the wall, blocking a lancet. Two blocked ogee lancets in the S wall. Chancel roof of 1878 of scissor-rafters. Fittings: pulpit and pews by Seddon. Stained glass: nave NE window c1927 by Kempe & Co, SS Aedda and Alban. Memorials: Emma Webb Bowen (d 1852) by T Jones; William Fortune (d 1881); Charles Webb Bowen (d 1881), by T Morgan & Son.