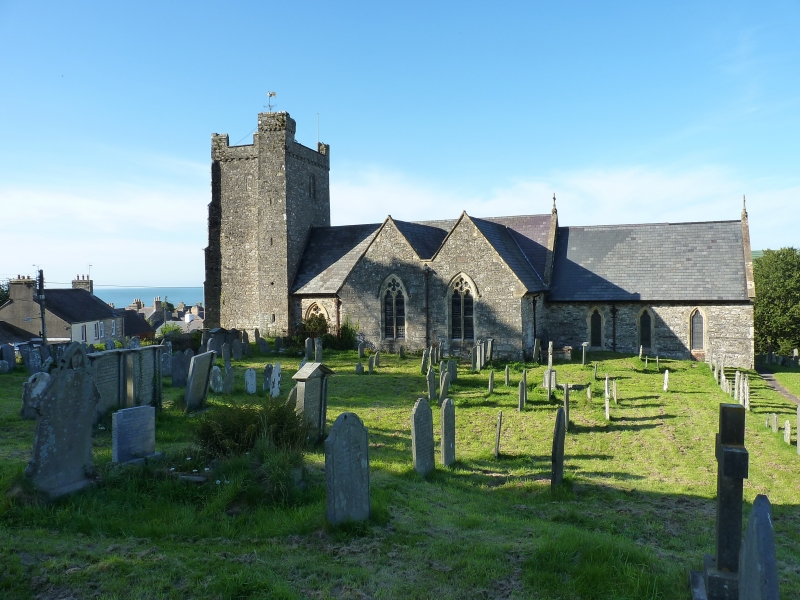 Location: Prominently sited on rising ground at the head of Saint Mary's Street.

Fine square tower with angle buttresses on W side and square stair turret to SE with corbelled parapet. Tower parapets step up at angles; paired small bell-lights to W and N. High plinth course on N and W sides, interrupted for apex of moulded, pointed W doorway; above doorway is C19 square headed 2-light window with reticulated tracery and hoodmould. Fine weathercock to top of tower.

The church had lower roofs but still the paired transept gables in 1787 view but in 1834-5 it was much altered, to plans of John Morgans, with small-paned pointed windows inserted throughout, single broad transept gables, gallery inside, box pews and plastered flat ceilings.

Group value with other listed items below Newport Castle.