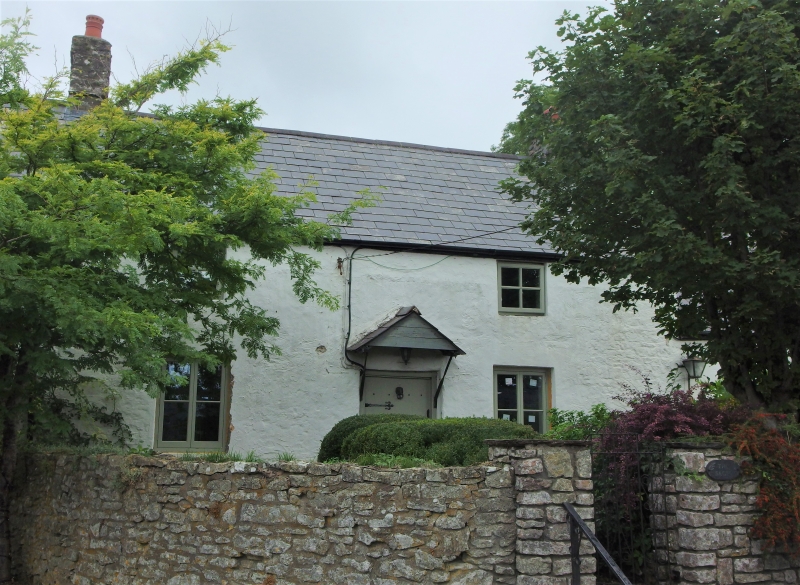 Location: On the north side of Colwinston village street at the east end.

A probably C18 house built with a barn in-line, and with the granary as a C19 addition. The whole has been refurbished and converted into a single larger dwelling probably in two stages in the mid and certainly in the late C20 after 1975.

Small farmhouse with attached barn in-line and with the same ridge line, now one dwelling. The house is limewashed rubble, and the barn plain random rubble, both with slate roofs, gable stacks to house, rebuilt in rubble. A small 2-room double depth cottage, with later extension in one storey to the right for the kitchen, and barn attached to the left, this stands slightly proud. Two storeys, two windows, with replacement casements, central broad-plank door; the barn has central stable door with loading door above, both of these now have modern hardwood infill, and two ventilation slits. Coped gable to barn. The extension to the right appears to be a conversion from a granary, with an upper door and one window to the right.

Interior not inspected at resurvey. It is said to retain original plank and batten doors and had been little modified when listed in 1984 but may well have been altered since (see History). A steep straight stair ascends at back by outer wall.

Included as an C18 house, which, despite alteration, has retained its character.