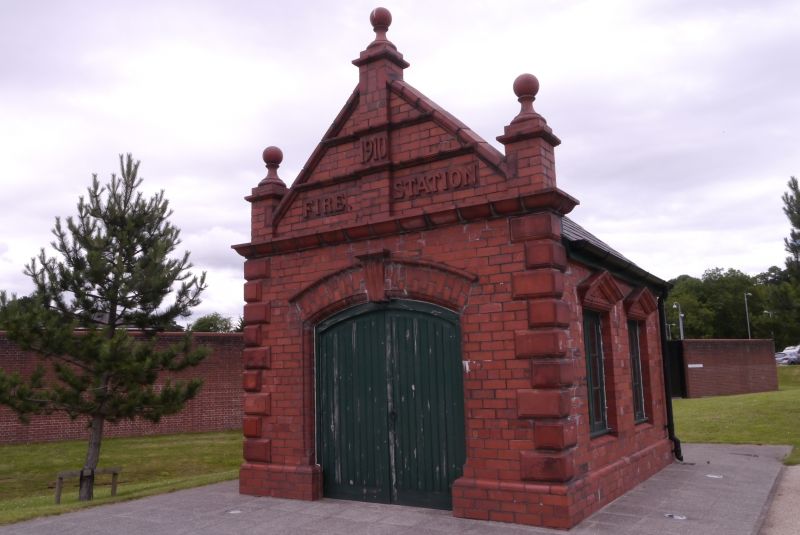 This small municipal fire station formerly housed a horse cart or small manual pump. Originally on Park Road with a boundary wall attached, it was moved to present position following a decision to re-site in 1988.

Included notwithstanding its resiting as an unusual surviving example of a small early municipal fire station.