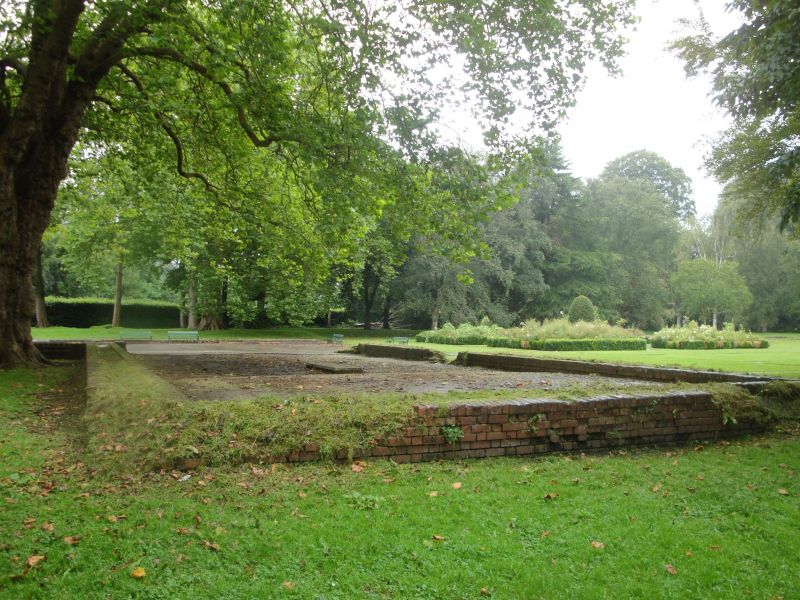 Location: About 200m W of NW angle of Cardiff Castle.

Begun 1242 by the Dominican Friars; mouldings from site suggest early C14 date for church. Buildings of Friary confiscated in 1538 and after this a continuous process of ruination. Site excavated by Kempson & Fowler for 3rd Marquess of Bute in 1887 and later the plan of Church and domestic buildings marked out by low brick walls and paths. The C19 tiled pavement (based on medieval tiles from site) by Godwin of Lugwardine is now largely missing.

Plan of Church and domestic buildings marked out by low brick walls and paths. Remains of C19 tiled pavement. Church, to S, had 4-bay nave and narrow chancel. Cloister to N with refectory and infirmary beyond. C19 graveslab commemorating John de Ecclescliffe in area of church.

As example of C19 display of Medieval remains.