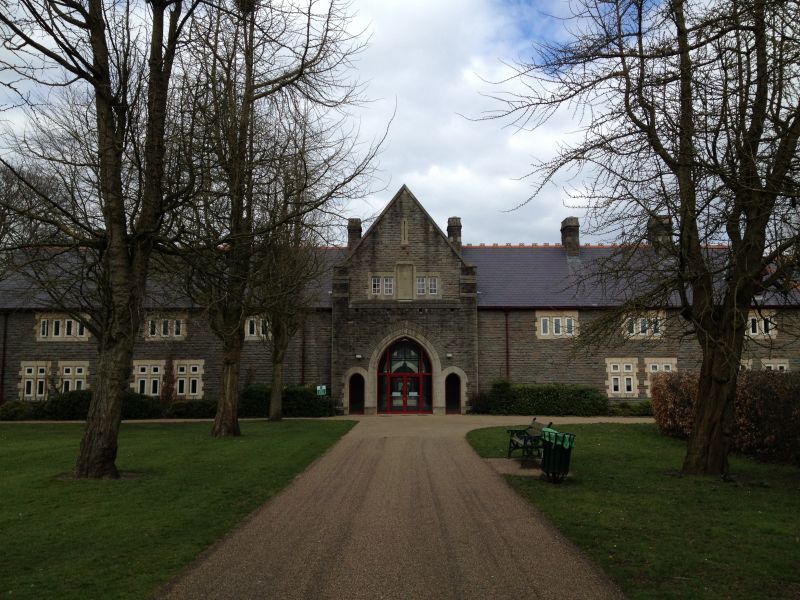 Location: Situated to N of the castle between North Road and the dock feeder.

Designed in 1868-9 by William Burges for the third Marquess of Bute; believed to be one of only 2 stable blocks designed by Burges. North and East ranges 1874-5, W and S ranges, completed only in 1928-29 in simplified form (by J P Grant, architect to Bute Estate). Pigeon tower in E range demolished (circa 1957), but no evidence that elaborate fountain known from Burges' designs ever built. Under conversion at time of inspection.

Quadrangular stone building with slate roof. Building work was carried out in 1872-5, in Newbridge stone and green Welsh slates. Two storeys. Gabled entrances with wide pointed arches flanked by narrower arches in centre of north and south sides. Between these a gallery runs all round the interior of the courtyard at first floor level. On north and east sides of the courtyard, roof descends to sills of dormer windows; six dormers to north side and seven to east side, one of which is modern. The west side of the courtyard has 3 gabled dormers; in west and south sides, eaves level is higher and appearance is less romantic. Outside courtyard, south front for instance with subtly balanced groups of mullioned and transomed windows to either side of centre arch.

Important part of work done by Burges for Third Marquess; one of only 2 stable blocks designed by this important architect.