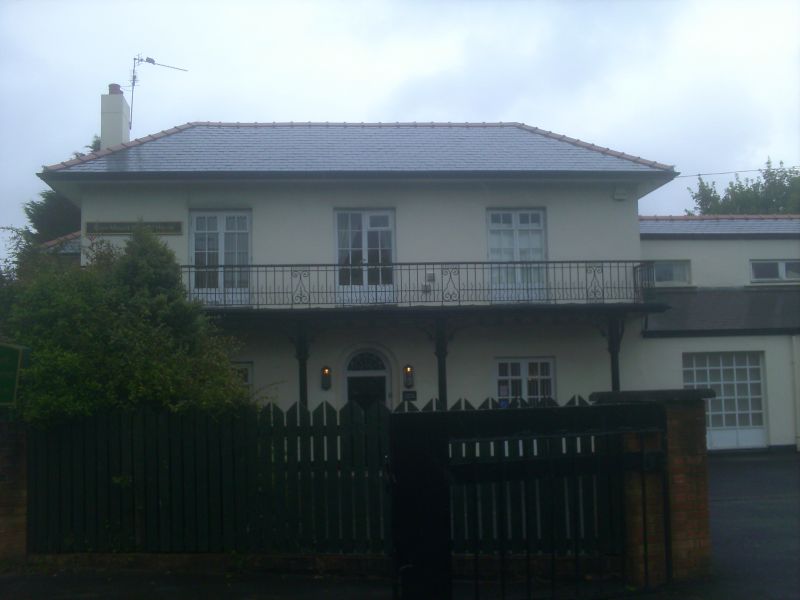 Location: Approximately 0.5km NW of the civic centre, set back from the road with walled forecourt on its S side.

An early to mid C19 villa converted to a funeral home in the C20.

A Regency 2-storey 3-bay house with stucco walls, hipped slate roof with wide plastered eaves to the front and side elevations, and end rendered stacks. In the lower storey is a central replaced panelled door with radial glazed iron overlight. The outer bays have French doors (now fixed). An upper storey cast iron balcony is supported on round posts with broad fillets and open fretwork cornice. The central posts have brackets projecting at cornice level, probably for bearing signs. The balustrade has thin rails and wave bars, with intermediate scrollwork. Three French doors open to the balcony.

Listed for its architectural interest as one of the few country villas that survived the urban expansion of Cardiff, retaining a particularly fine cast iron balcony.