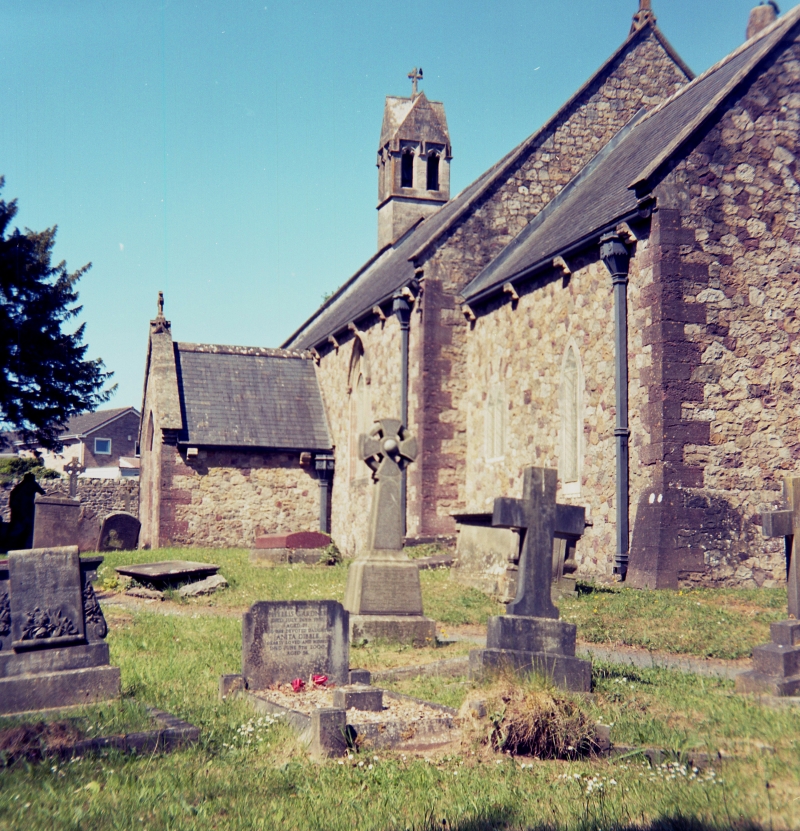 Location: In the north-western corner of Llandaff Community where it abuts Radyr Community.

Medieval Church, probably C14 but restored and exterior considerably altered in c1865 probably by John Prichard. The nave and chancel are probably medieval in origin, with possibly some surviving windows; the porch and vestry are wholly late C19. One of the few churches in Cardiff with surviving medieval fabric.

The church is built of polychromatic random rubble, mostly a refacing or rebuilding of the medieval walls by Prichard, Welsh slate roof with stone bell-cote with trefoiled openings to west gable. Nave with south porch, chancel with north vestry. The nave has two windows on the south wall, a single light trefoil headed one to the left of the porch and a 2-light one to the right. These are repeated on the north wall and there is a single light one on the west gable. The porch has a pointed arch, coped gable and gable cross. The chancel Perpendicular style east window has 3-lights; south chancel wall with two windows, a 2-light one to the left and a single light one to the right, both plate tracery with trefoil heads. North chancel wall covered by vestry which has a 2-light plain window and a doorway, single light window in east return. Coped gables with crosses, tall cylindrical vestry chimney on north slope of nave gable.

Walls plastered and painted throughout, c2000. The interior is of a much more medieval character than the exterior, particularly the window arches and the possibly late C14 chancel arch with its battered sides. Six bay roof to the nave, arch braced tie-beam with moulded main beams; four bay C19 waggon roof in the chancel. Medieval limestone font. The pews are Victorian, the pulpit mid C20. The chancel window is dated 1915 and may have replaced a triple lancet. Some good memorials, especially two in the chancel, one signed E Morgan, Canton and the other H Woodcott, Bristol.

Included as a rare surviving medieval church in Cardiff with an interesting C19 restoration by John Prichard.