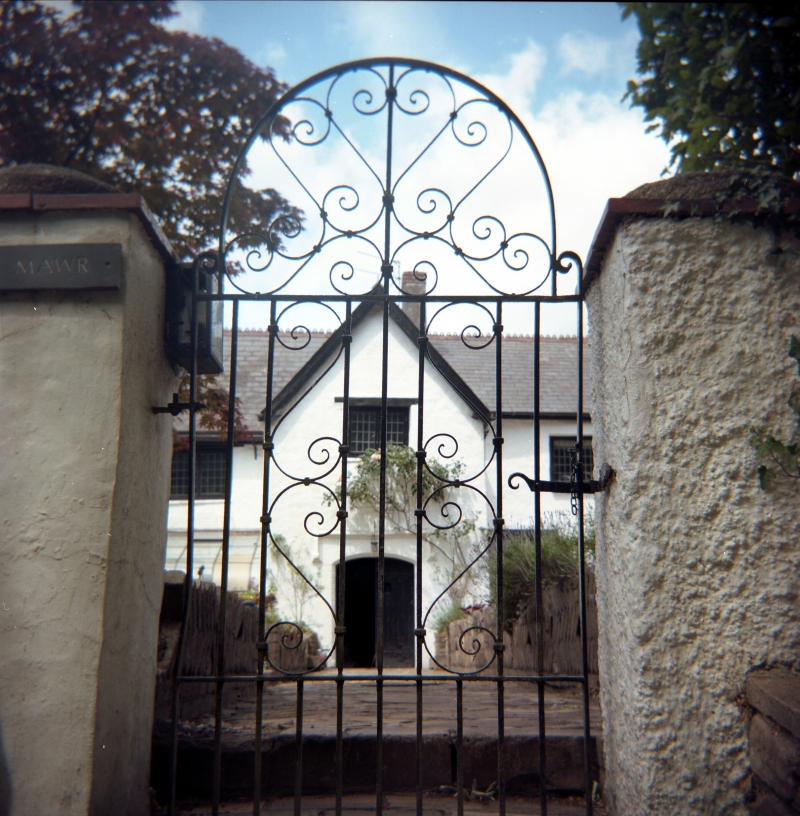 Location: On the western edge of the Community about 1000m west of the Church of St. Mary.

This house is now very much of the late C19 and later, with all replaced external features and with inserted internal timber-work, but it still undoubtedly incorporates an earlier structure. It is noteworthy for being the earliest surviving dated house in Glamorgan, 1583, but very little remains of this period apart from the basic walling, one upstairs fireplace and the fireplace in the garden, which may be in situ but seems unlikely to be. It is said to have been the house of a branch of the Matthews family at Radyr. It received a very thorough modernisation in c1900 including complete re-roofing and internal re-planning but it has not been altered a great deal since.

This house has thick stone rubble walls, in places visible internally, but externally wholly rendered and painted, Welsh slate roofs with ridge tiles and brick stacks. Two storey single depth range with outshut to centre rear and wing to right rear. The main south elevation has five bays with a two storey gabled porch in the centre. The ground floor has 2 and 3-light timber casements and a door into a late C20 conservatory on the left. The upper floor has 2-light casements, all the windows are late C19 or early C20. Segmentally arched entrance to the porch with dripmould over, 2-light casement in gable above. Plain roof with four ridge stacks, one at each gable, one left centre and one in the hearth passage position. West gable has a small window and a large buttress. Right gable is blind but faces a rubble retaining wall with a Tudor 4-centred arched fireplace at the base, which may be in situ. The rear elevation has C19 casement windows and a gable stack on the rear wing to the left.

The house may have begun as a small house with end entry and then been developed into a three cell hearth passage house with a two storey porch, but the evidence is very confused. The main ground floor room to the west of the porch has chamfered beams of a c1600 type, but the whole was very altered with inserted fireplace, staircase and structural joinery in c1900. The hall fireplace is said to have the date 1583 and the initials HW but these were not seen at resurvey (November 2001). Two curious c1900 fireplaces arched in tiles. The upper floor has a Tudor fireplace at the head of the stairs. The roof timbers seem to have been completely replaced in c1900.

Included as a C16 dated house which, despite much alteration, has retained its historic interest.