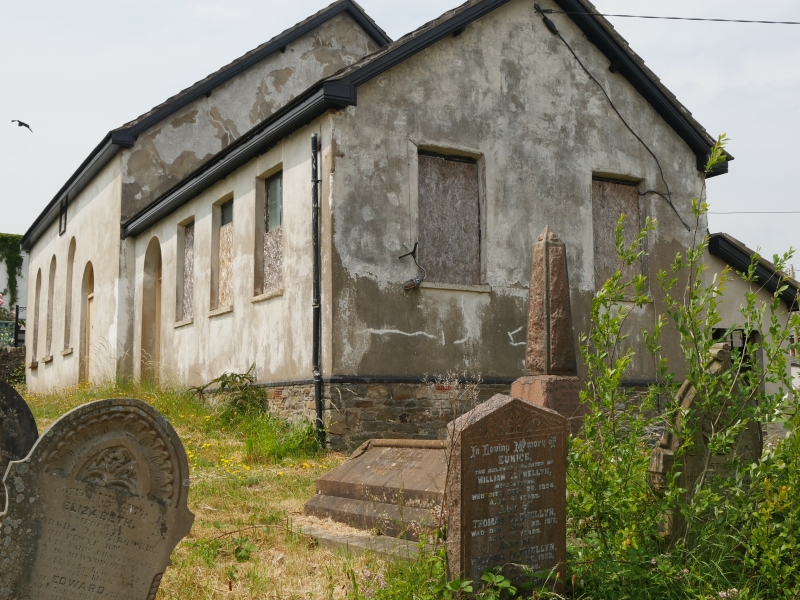 Location: W of the main throughfare on a hillside and set within a large graveyard, walled and with iron gate on the S side. Attached at W to a terrace of cottages which are not included in the listing.

Erected in 1842, with later extension to E. Chapel was adjacent to the small Ty'n y Berllan development of 10 ironworkers' cottages built for the Melingriffith Ironworks near the River Taff in 1841. Now part of Morganstown, the village was originally named Pentre Poeth. Pentyrch station of the Taff Vale Railway of 1836 was nearby to E, situated at the point where the Pentyrch and Melingriffith tramroad crossed this new railway. Since listing in 1977 slate roof has been replaced by concrete tiles. Interior dates from a later refubishment, probably contemporary with extension.

Included primarily for its historic interest as a chapel dating from the early C19 industrial development of the area.