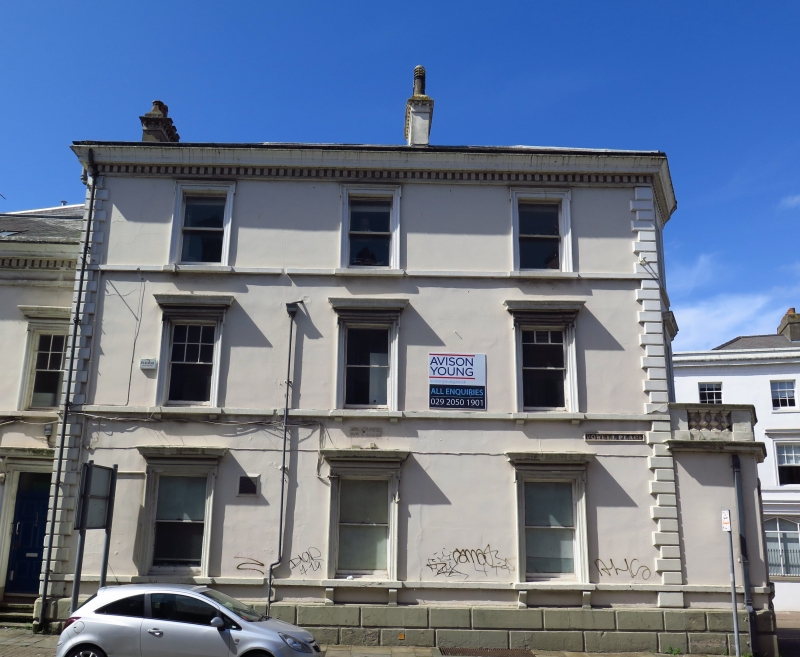 Included as part of a group of buildings from early development of Butetown, on prominent corner site at junction of Bute Street and West Bute Street. Group value.