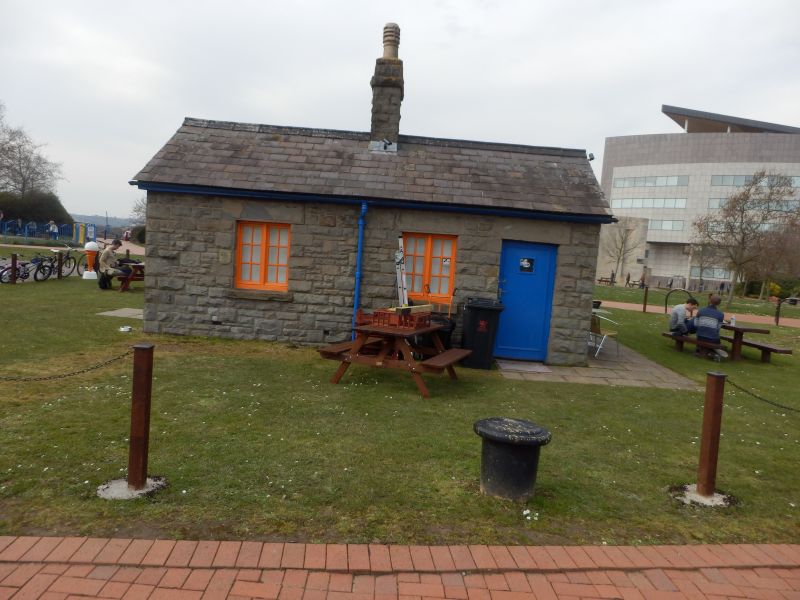 Location: On NW side and parallel to lock approximately 20 metres from inner lock gate.

Late C19 hut for workers at Roath Basin sealocks. Single-storey building in snecked brown stone, rock-faced, with slate roof and central chimney in coursed rock-faced stone. South-East elevation, facing lock has, to R, doorway, and 2 windows with deep stone lintels and sills. Gable ends to NE and SW have single windows with stone lintels and sills. To NW, facing away from lock, 2 windows as in gable ends.

As interesting survival from port and for group value with Roath Basin sea lock.