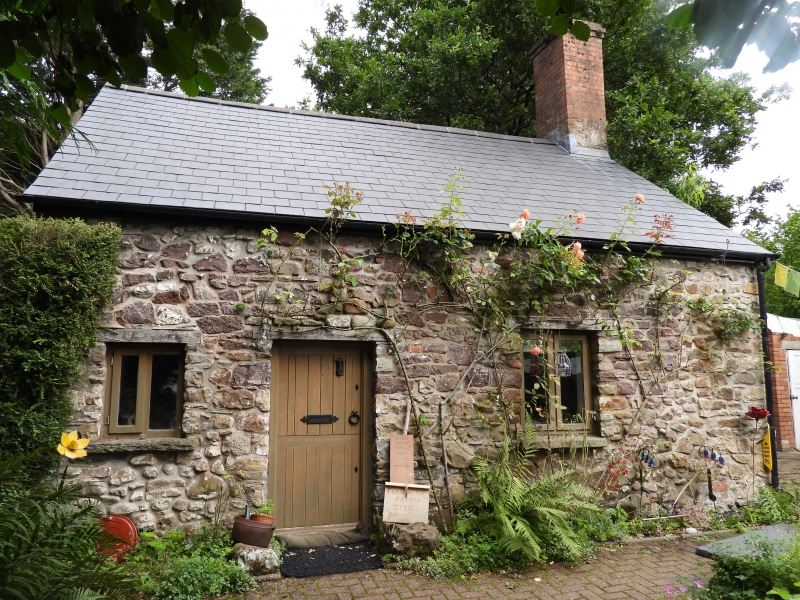 Location: Located immediately E of the railway viaduct on Fidlas Road, on a sharp bend.

C17-18 and probably a worker's cottage. Shown in its current form on the Ordnance Survey of 1875.

Small single-storey cottage with loft. Constructed of white-washed rubble stone with steeply pitched slate roof and tall red brick end stack to R. The front faces S and has a doorway L of centre (formerly with boarded door) flanked by small window openings. Both have timber lintels and stone sills and are now boarded over. The opening to the R is slightly larger and had a sash window without glazing bars; that to L contained a casement. The E gable end has a loft window to L of stack; small rear lean-to visible to R.

No access to interior at time of inspection (20/4/01), but recorded as having a large infilled fireplace, with stone staircase beside it to loft.

Listed as an increasingly rare example of a small sub-medieval worker's cottage retaining its character, now in a suburban context.