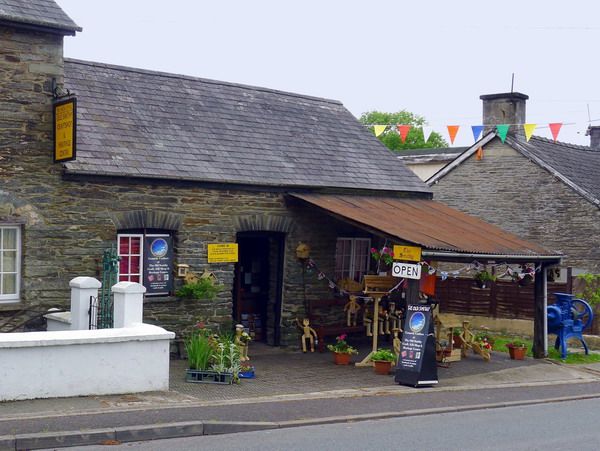 Location: Situated opposite the Three Horseshoes Inn and adjoining Y Garth and Penybanc.

A vicarage stood on the site but the present building was built as the National School, in use until 1860, the schoolroom being upstairs and reached by an outside E end stair; the master's house and coach-house was below. The smithy addition may have been originally added for the school, but unexecuted plans for additions to the school by C J Davies of Cenarth 1856 are in the Carmarthen Record Office, with the smithy building not marked. The smithy, run by Edward Jones, probably began in 1860.