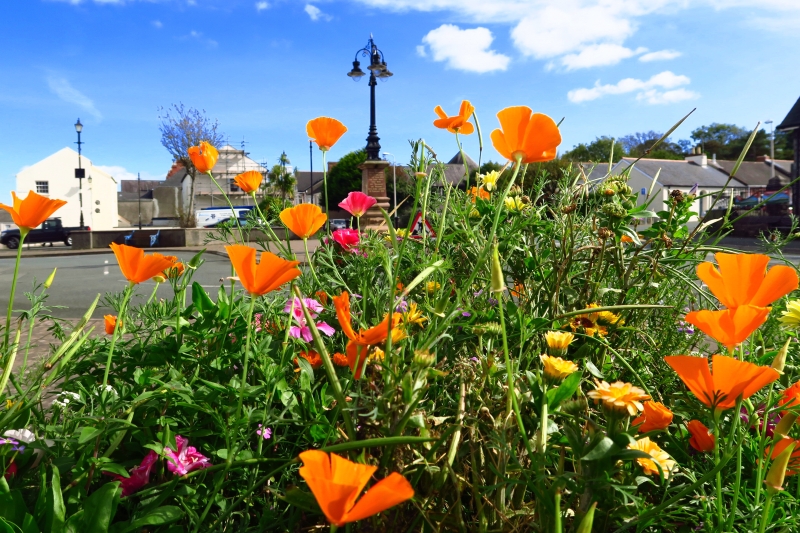 Location: Situated on N side of A4139 opposite Albion Square CP School to south.

1914 lampstandard, restored c1985, to commemorate the centenary of the establishment of the Royal Dockyard in 1814.

Granite base and iron lampstand with three pendant lamps. Base has two steps, high plinth with chamfered lowest course, incurving section above with raised scrolls each side '1814-1914' and small cornice under plain frieze; then heavy bulging frieze and another cornice moulding. This last is under battered pedestal with inscriptions on each side under top cornice. Ornate iron lampstand on claw feet under ogee-curved square base carrying column shaft with finial from which hang the three renewed iron brackets.

Originally the pedestal and the date numerals were polished in contrast to the rest, and the lettering was gilt.