A Grade I Listed Building in Cilgerran, Pembrokeshire 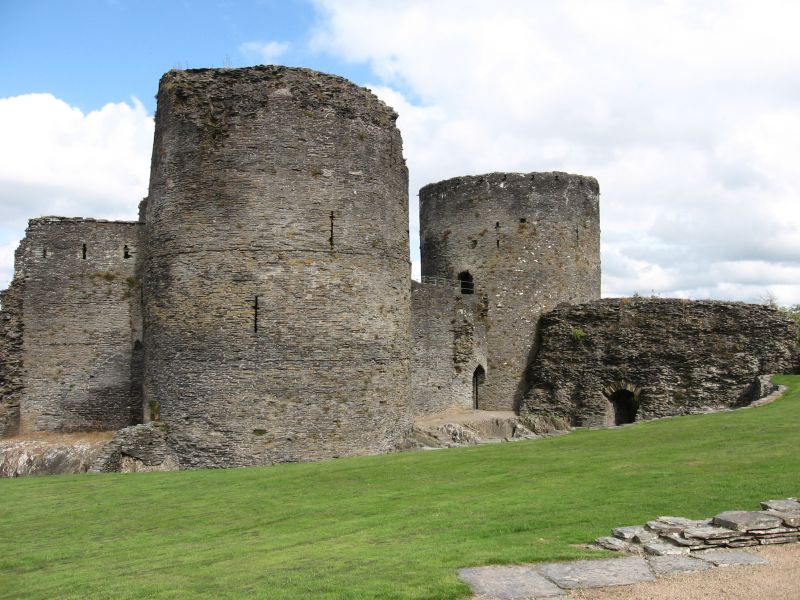 Location: Situated on a bluff where the Afon Plysgog joins the River Teifi.

C13 Castle rebuilt after 1223 by William Marshal II, Earl of Pembroke, probably replacing an early C12 castle built by Gerald of Windsor; but the identification of Cilgerran with Gerald's castle of Cenarth Bychan is unproven. The castle named as Cilgerran is first mentioned when it was taken by Lord Rhys in 1164-5. It was retaken by William Marshal I, Earl of Pembroke in 1204, recovered by Llewellyn the Great in 1213, and retaken by William Marshal II in 1223. Cilgerran remained an independent Marcher lordship under the Marshals to 1245, the de Cantelupes of Abergavenny to 1273 and by descent to the Hastings family (Earls of Pembroke from 1339) to 1389, when it passed to the crown in default of heirs. It was possibly briefly captured by Owen Glyndwr in 1405.

The ruins chiefly surround the inner ward, with two massive early C13 circular towers on the S side joined by curtain wall. To the W was the early C13 gatehouse of which the outer part has gone. The chapel may have been on the first floor. The W curtain wall over the steep drop to the Afon Plysgog is said to date to the later C13, and the partial remains of a NW tower possibly to the later C14. Insubstantial remains close the N side, above the Teifi.