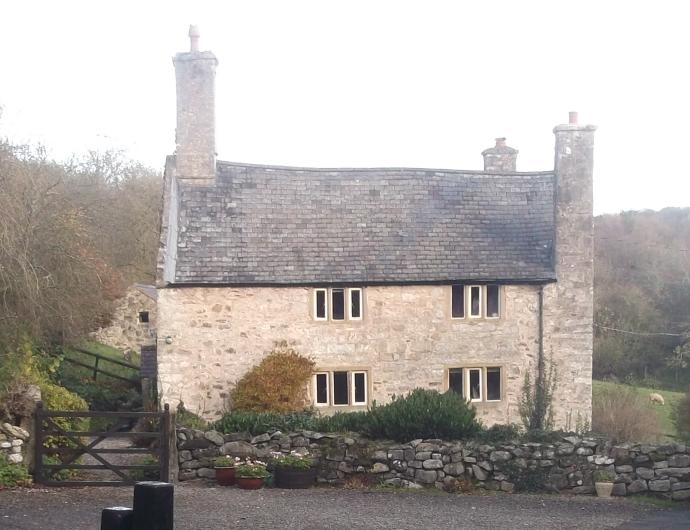 Location: Situated set back from the road 2.2 km SE of Cilcain, reached from the by road between Loggerheads and Cilcain.

Late C16 or early C17 house, originally a 2 unit building with a chimney-backing-on-the entry plan form which may have contained an open hall into which a floor was later inserted. In the C18 a single storey extension was then added to the east, a beam in the kitchen is said to have been dated 1729. This wing was heightened and extended in the C20. Maes-y-groes Bella is mentioned in Edward Lhwyd's List of Tai Cyfrifol or 'Notable Houses' in the parish of Cilcain of 1707.

Hall contains deep fireplace with bressummer above which is set an axial beam. The further end of this axial beam is supported on a flat bracket against a post and panel partition which separates the hall from the parlour. The parlour contains a C20 fireplace, in its original position and an axial beams runs from the centre of the window. The staircase is a C20 insertion not in its original position. The eastern extension contains a large rubble stack dating to the C18 remodelling of the house when this area was used for services. At first floor level there is an late C16 or early C17 open arched braced truss with cusped struts. The room above parlour has a timber-framed partition the upper part of which has been converted in the C20 into an attic bedroom reached by a step ladder.

Listed at grade II* as an important and interesting example of a late C16 or early C17 minor gentry house which retains evidence of its original plan-form and early features.