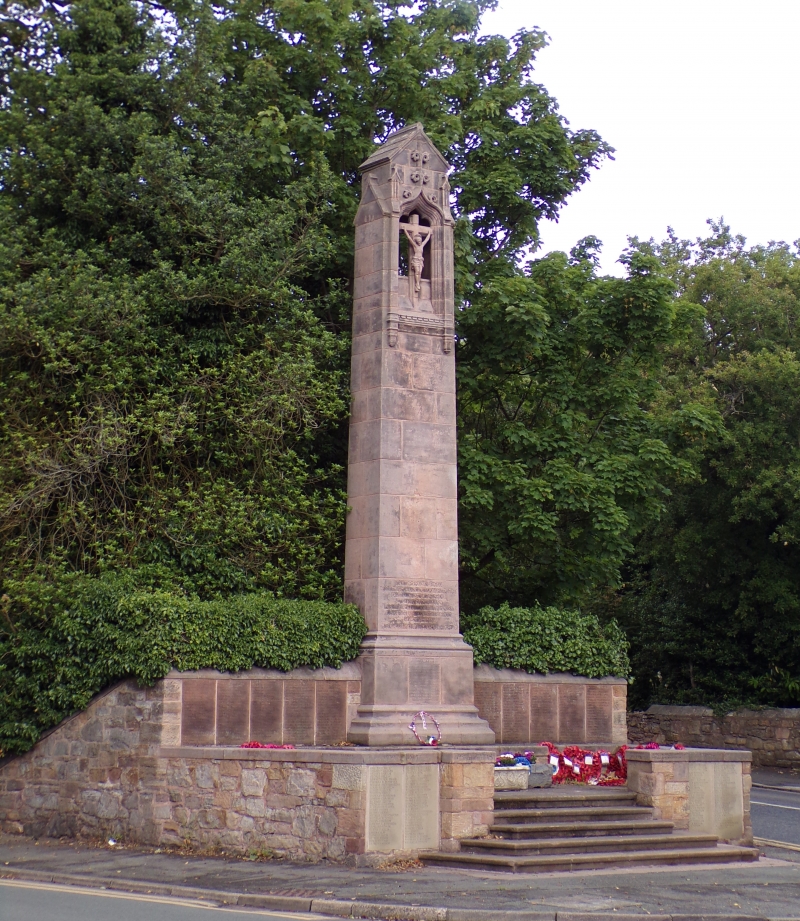 Location: Prominently situated at the junction of Gladstone Way and the Highway, facing E.

1919-20, by Sir Giles Gilbert Scott of London. A large sandstone obelisk with gabled apex. Beneath this an ogee-headed, moulded niche with crocketted finial and flanking decorative pilasters.
Within, a sculpted figure of Christ on the Cross. Moulded base and low, coped walls infront of monument, the rear wall of which, flanking the obelisk, bears the names of those fallen in the Great War. Inscribed on base of Obelisk: "Gilbert G Scott ARA Architect." Later inset tablets recording the names of those fallen in the Second World War. Returned steps up to enclosure.