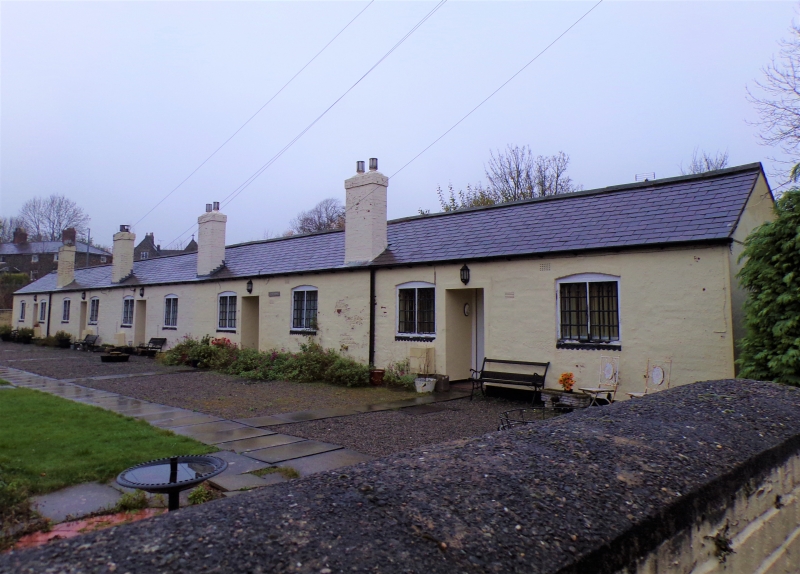 Terrace of 5 single storey dwellings, painted brick, slate roof. Each unit has two windows which are 12-pane cast-iron casements with Gothick intersecting pointed heads on either side of entrances with doors probably of 1979. Chimneys in front wall are shared i.e. 1 chimney per 2 units, these have been