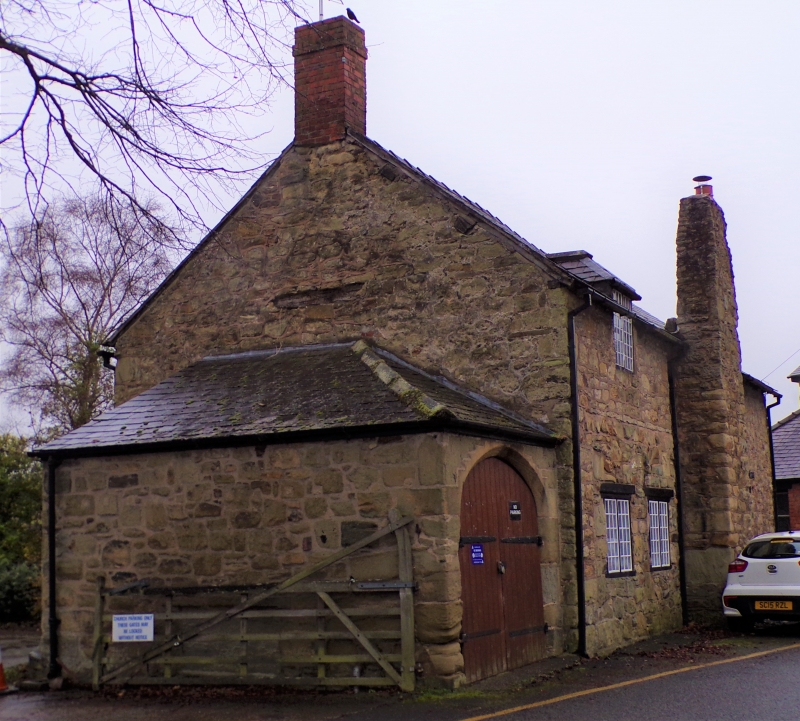 Grammar School, built in 1618, probably incorporatingparts of an earlier building. A legacy was left by Thomas Nevitt in 1632. The school was still in use in 1837 when the Charity Commissioners' 32nd report noted that it consisted of a school room and a room over it where the masters lived. Later alterations include conversion to a shop, perhaps in the mid-C19. Conversion for residential purposes was in progress at the time of inspection (October 1994).

Rectilinear plan with extension to left. Uncoursed sandstone rubble with squared quoins, slate roof and some alterations and additions of red brick. A lateral stack of stone rubble placed off-centre has a later tapered brick stem. Windows at the first floor probably of earlier C19 have hipped roofs rising above the eaves line; these and other windows were being reconstructed or replaced at time of inspection. The ground floor has been altered and rebuilt, most openings now blocked, the remains of a partially blocked timber mullioned window is visible to right of stack, and an entrance with C20 door to the right of this. Rear elevation: windows all being reconstructed and altered at time of inspection.

Ground floor has large stop-chamfered cross beams and stop-chamfered secondary beams; some replacements and repairs. A fireplace with dressed stone jambs and lintel with the date 1698 inscribed upon it is situated in the front wall. Upper floor has one lateral timber-framed wall. A roof truss is partially visible; tie-beam and some purlins are of C17 character and are probably reused; other timbers and iron cramps of early C19 appearance. Other partitions relate to 1990s conversion.

Listed as a rare example of this building type.