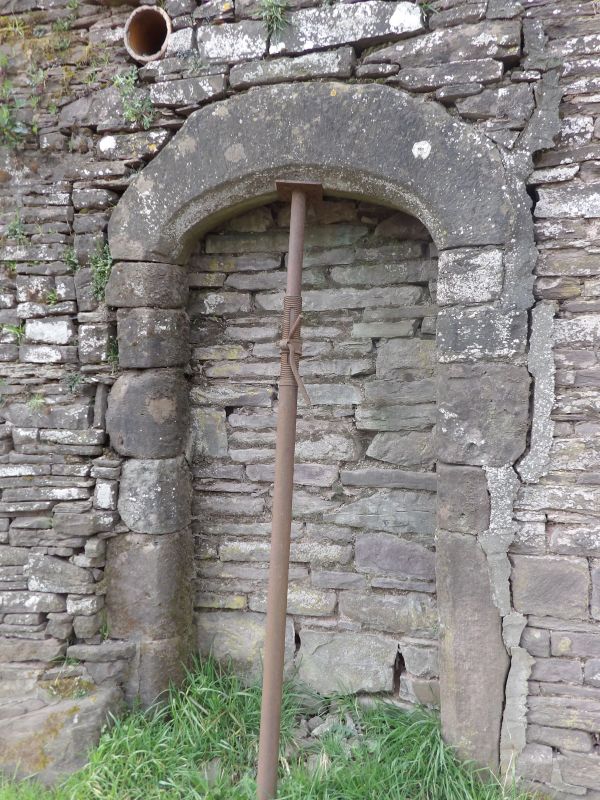 Location: Located W of the gatehouse and SW of the farmhouse, forming the N side of the early farmyard at Porthamel.

Great Porthamel was the major medieval manor house of the area, built in the late C15, within a walled precinct, the seat of Sir William Vaughan, the first sheriff of the county. The farm building, probably of the C18 was probably originally a cowhouse, later used as stabling and now a workshop and store, and includes two reset medieval doorways, perhaps taken from the precinct wall.

Tie and principal rafter trusses, with morticed collars missing. Upper floor is carried on a central runner supported at intervals by chamfered posts.

Included for group value with the listed grade I and II* gatehouse and manorial house, and for its re-use of surviving medieval work.