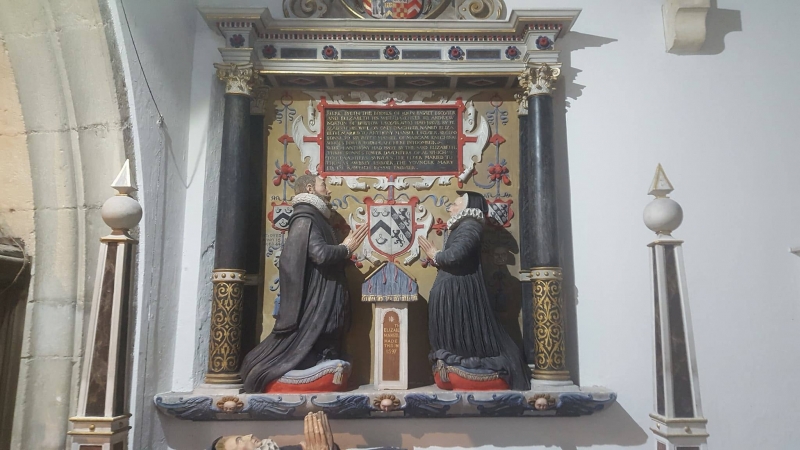 Location: Located within the churchyard to the E of the church.

Pair of sarcophagi in memory of Richard and James Bassett, enclosed by high metal railings with spear finials.

Richard Bassett's tomb lies to the S and inscribed:

The family armorial is carved on the tomb with the family motto in Welsh: Gwell angau na chwilydd (Better death than dishonour).

To the N of it is a tomb in memory of Major William James Bassett of Beaupre, who died in 1871. The tomb has a gabled cruciform top with family coat of arms carved at the ends.