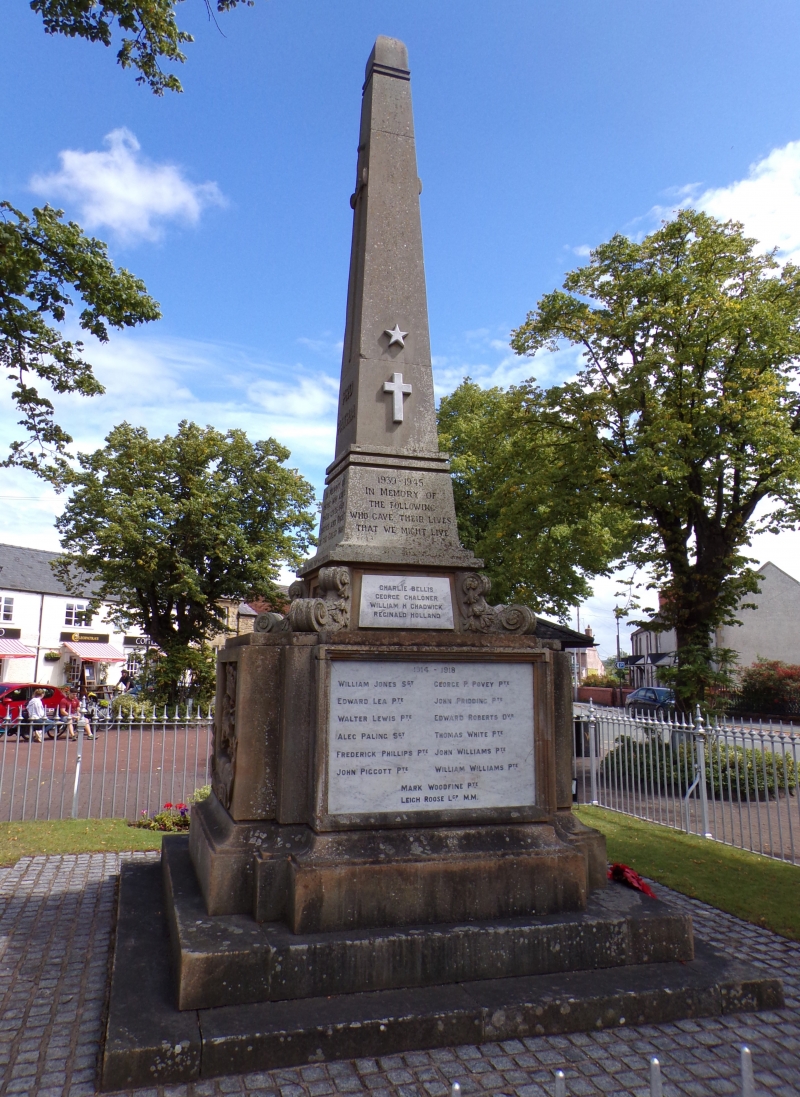 Location: Situated at the junction of Castle Street, Church Street and Frog Lane at the former Market Place. Set within a square enclosure surrounded by cast iron railings.

War Memorial by Mansley of Chester, commemorating the Great War (1914-18) it was unveiled on August 1st, 1920. It cost over £600 and the money was raised by public subscription. Two additional tablets commemorating the fallen of World War Two were added in 1947.

Sandstone obelisk set on square plinth set in turn on a stepped base. The obelisk has carved sword with the words `PRO PATRIA' and inscription `IN MEMORY OF THOSE WHO GAVE THEIR LIVES FOR JUSTICE AND RIGHT IN THE GREAT WAR'. Stone plinth has carved lion surmounted by crown with inlaid marble slabs containing the names of the fallen with additional inserts commemorating the fallen of the Second World War.

Listed as a good example of a well designed village war memorial and of importance to the history of Holt.