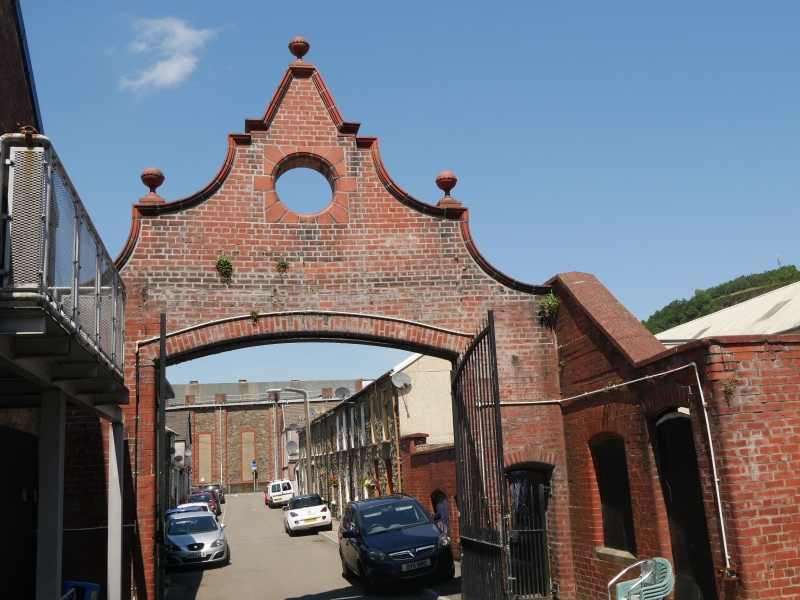 Location: Situated near the centre of town at the end of and spanning Jenkins Street, and at the entrance to former factory yard.

Welsh Hills Works was built c1897 for Thomas and Evans, firm founded 1885, for the manufacture of aerated mineral water and soft drinks, later sold under the brand name Corona; one of a number of businesses built and run by this Porth based company.

Listed as an unusual and well constructed decorative gateway to a business of substantial local importance.