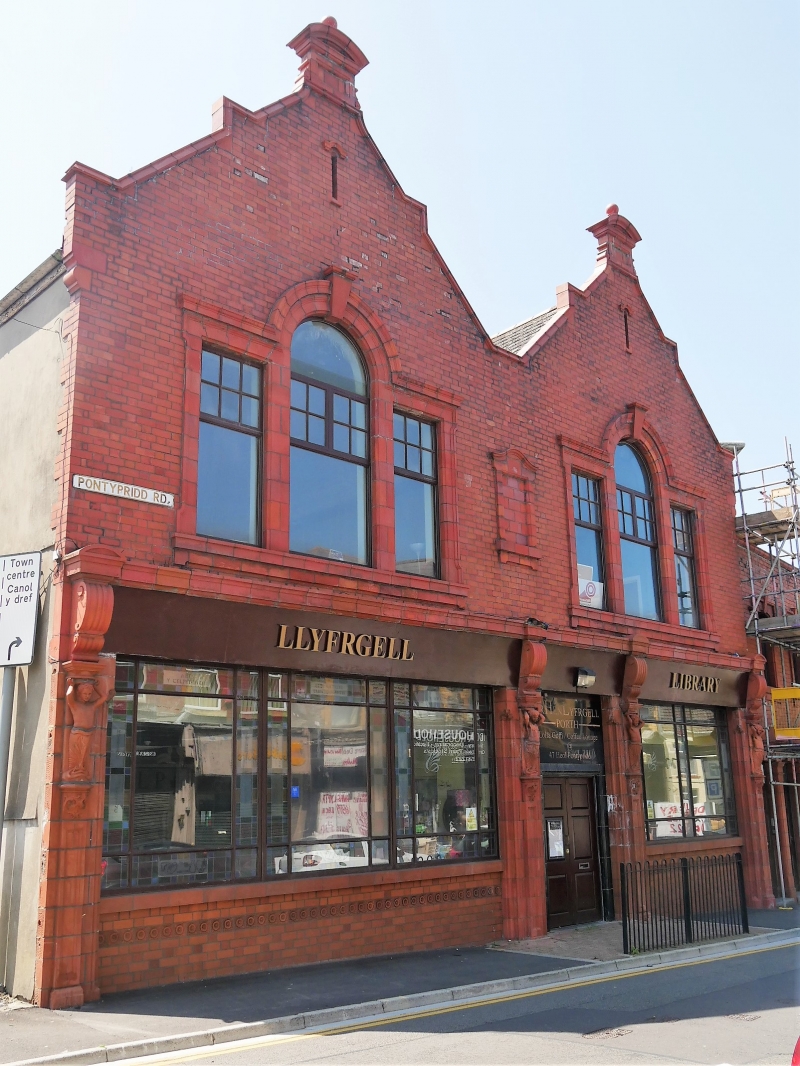 Location: Situated in the S part of town centre, just W of railway and river bridges.

Former shops c1912, donated to town as a library in 1949 in memory of William Evans of Thomas and Evans, former major shopkeepers and suppliers of Porth, further reburbished by Borough Council 1980s.

Of red brick in mainly Flemish bond and terracotta with Welsh slate roof rendered to side. A double gable and frontage comprising on first floor a pair of Venetian windows with moulded terracotta surrounds incorporating a keystone and moulded sill with replaced glazing and between them a small moulded blind window; above are 2 stepped gables with heavy moulded corniced finials surmounted by orbs and narrow louvred lights in each apex; ground floor has 4 terracotta caryatids on moulded pilasters and brackets and supporting large consoles, 2 at each end and 2 either side of main central entrance which has a moulded black marble surround; replaced fascia, glazing and brick lower front courses. To right a flat roofed wing comprising a pair of segmental arched doorways with moulded terracotta surrounds and cornice above, 1 ground floor and 2 upper floor windows with terracotta surrounds incorporating dripmould and keystone; replaced doors and glazing. Interior recently refurbished.

Listed for the special interest of the terracotta detail to the main frontage.