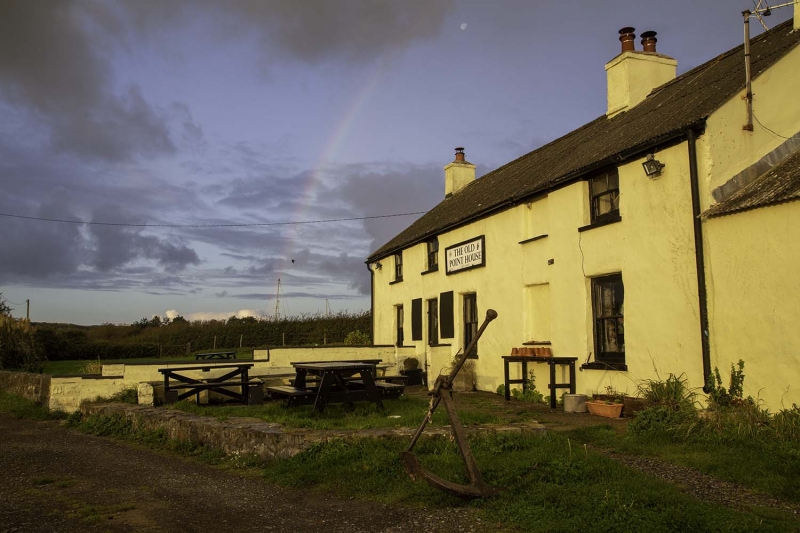 Location: Near Angle Point headland. Reached by a lane at E of church

Three-unit plan, 2-storey house ranged parallel to road, probably c.1700. A rear single-storey outshut, with cellars beneath running full length of the house, was heightened in 1963 to two storeys. Small rear yard with outbuildings opposite.

Random rubble masonry walls about 0.6 m thick in the original part. One parlour window and one in the chamber above have been blocked up, but this has preserved evidence of the original window proportions. Remaining windows all late C19 two-pane sashes, recessed, those to the ground storey having been heightened. Plain boarded door. End-chimneys and a main chimney at right of the central unit.

The central unit has a C19 cast-iron kitchen range and formerly there was a large oven adjacent to it, now blocked. The chamber floor timbering over the central unit is in irregular form, with some beams slightly curved.

Listed despite re-roofing in modern sheeting as a house of good architectural quality with evidence of original fenestration.