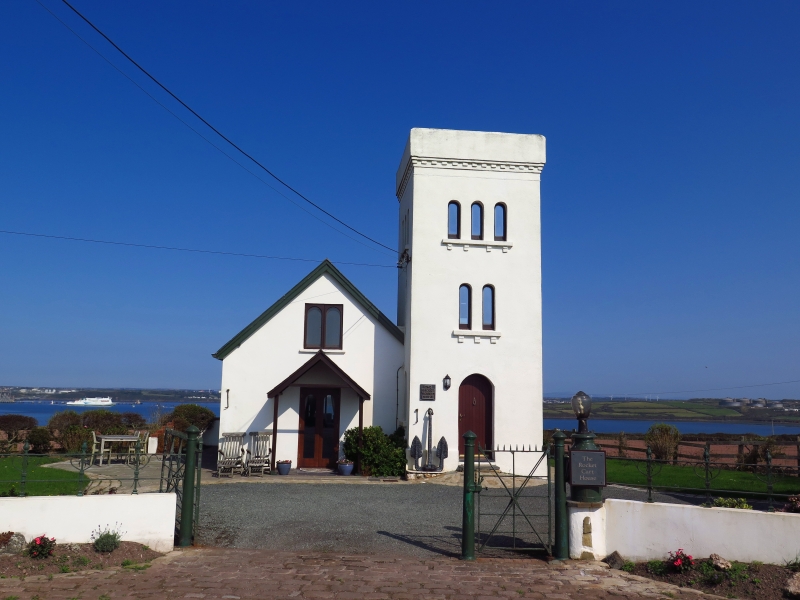 Built at the end of the C19, the Rocket Cart House (Board of Trade Rocket Apparatus Station no. 11) was the base for the cliff-rescue team with rockets, lines and breeches-buoys. It was in use until the 1930s, with a team of about 20 rescuers. In about 1970 it was taken as a holiday house and underwent minor alterations. It consists of a cart house originally with double-doors and a three-storey look-out tower. The whole site is at the N of the road, raised about 0.5 m above the adjacent field level and enclosed on three sides by a red brick wall about 1 m high. At front is a stone-block paved hardstanding area.

Fireplace in N gable has been cut away for insertion of a large bay window.

Listed as a very prominent local landmark on a raised vantage point and as a significant monument to the Coastguard Service.